Bentley Speed Six is regarded as one of the most important models in the ultra-premium automaker's history and the upcoming project will see the production of only 12 cars.
By : HT Auto Desk
| Updated on: 25 Jun 2022, 16:12 PM 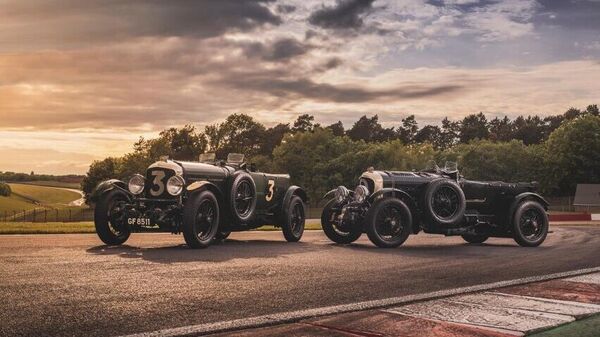 The Bentley Speed Six model featured a 6.5-litre engine that made it the most successful racing Bentley.

Bentley announced that it will bring back the Speed Six Continuation Series with 12 new and highly exclusive models which will be authentic to the cars that won Le Mans in 1929 and 1930 mechanically and aesthetically. This revival project will become Bentley's second pre-war continuation project in the world after the Bentley Blower. The former series also constituted 12 exclusive units of cars that were already sold.

The Bentley Speed Six is regarded as one of the most important models in the ultra-premium automaker's history. The new project will also see the creation of 12 cars which will be designed, developed and built by the same team of Mulliner specialists that created the Blower Continuation Series, the first pre-war continuation project in the world.

The Bentley Speed Six model featured a 6.5-litre engine that made it the most successful racing Bentley. This car won the Le Mans in 1929 and 1930. Bentley informed that this model was an improved version of the 1926 6.5-litre engine Bentley. The chassis of the Speed Six was introduced in 1928 which was much sportier. The engine of the car was modified to generate more power. It got twin SU carburettors, a higher compression ratio and a high-performance camshaft, that increased power generation to 180 bhp. Bentley said the racing version of the Speed Six had a wheelbase of 3,353 mm and a further-developed engine running a compression ratio of 6.1:1 and developing a power output of 200 bhp.

Bentley’s Chairman and Chief Executive, Adrian Hallmark said the Speed Six is one of the most important Bentleys in the brand's 103-year history, and the 12 cars of the Continuation Series will also embody the same values as W.O. Bentley’s originals. “The lucky owners will be able to race their cars around the world, and truly relive the exploits of the original Bentley Boys," Hallmark added. All the 12 units have already been reserved, each prized at £1.5 million each.