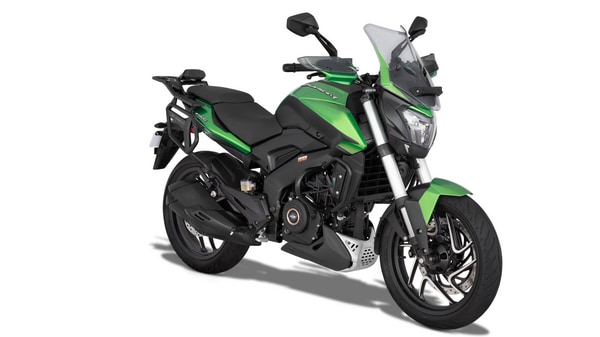 In the last few years, Bajaj Auto's international business has boomed big time making it one of the most successful automakers in terms of exports. The company introduced its updated Dominar 400 in the market of Malaysia last year, and now the latest touring version of the same bike is reportedly heading towards the launch as soon as this June. The bike is retailed in the Malaysian market as Modenas Dominar D400 and is a popular product overseas because of its touring capabilities.

The updated Dominar 400 will be launched with the same set of touring accessories previously introduced in India. The list includes a taller windscreen, new handguards, and a luggage rack fitted. The model will also see provision for the fitment of a smartphone mount with accessible USB charging. The bike may also receive bungee cords located under the seat.

Apart from these details, the rest of the details will remain unchanged. The bike will continue with its liquid-cooled 373.3cc DOHC FI engine that delivers 40 PS of power and 35 Nm of torque.

The suspension kit on the bike includes a 43 mm up-side-down (USD) fork backed up with a single mono-shock at the rear seat. It also comes with a twin-barrel exhaust system for a throaty exhaust note. Single hydraulic discs perform braking duties front and rear and two-channel ABS is standard fitment.

The same model was launched in the Indian market last year at Rs 2,16,648 (ex-showroom, Delhi), while in the Malaysian market the existing model costs RM13,997 (excluding road tax, insurance, and registration) this is equivalent to ₹2.52 lakh.