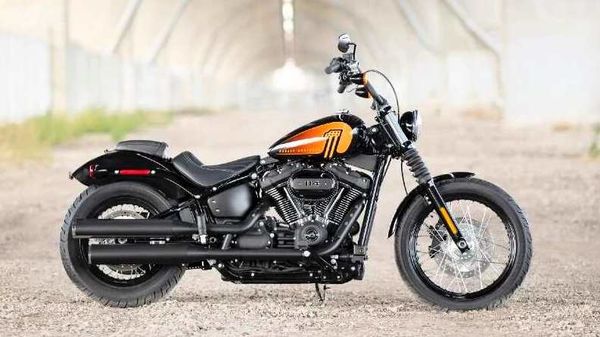 Harley-Davidson has recently pulled the covers off the 2021 Street Bob. The bike has received a very significant powertrain update in the form of a bigger Milwaukee Eight 114 which has replaced the older Milwaukee 107 V-Twin engine.

The new Milwaukee-Eight 114 is a 1,868 cc V-Twin engine that is rated to churn out 161 Nm at 3,000 rpm. In comparison to the previous unit, it delivers 10% more torque. As always, the bike maker hasn't revealed the power figures of the model.

The Harley Street Bob is one of the entry-level models in the company's Softail lineup. As per Harley, the bike is now 9% quicker in the 0-96 kmph run and is 13% quicker in the roll on speeds from 96 kmph to 128 kmph in fifth gear, when compared to its predecessor.

Apart from a new engine, the bike has also received new equipment and feature updates such as LED headlight with LED daytime running lights, USB charging port, keyless ignition, mini ape-handlebars, and more. There are also new colour options in the form of Vivid Black, Baja Orange, Stone Washed White Pearl, and Deadwood Green. It has also been updated with a 2-in-2 offset shotgun-style exhaust and a chrome finish on certain parts that were earlier found bearing satin chrome finish.

The company has also axed its popular Street series of motorcycles - Street 750 and Street Rod 750 in the world market. The international lineup from Harley-Davidson has also seen a rejig in the form of discontinuation of some Softail range bikes including the FXDR, Low Rider and the Deluxe. However, the Low Rider S has been retained.