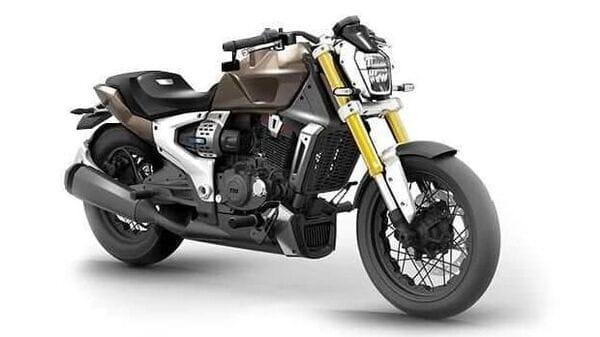 TVS Motor Company is gearing up for the launch announcement of a new motorcycle next month. While the company hasn't revealed the name of the upcoming bike, rumours suggest that the TVS Zeppelin which has been under development for quite some time will be introduced in India next month. Reports also indicate that the new model could also be the naked street version of the Apache RR 310 but chances are slim.

The Hosur-based automaker had previously showcased the Zeppelin cruiser at the Auto Expo 2018. Back then, the bike featured an all-new 20hp, 18.5Nm, 220cc single-cylinder engine paired to a five-speed gearbox. However, the key highlight of the bike included the use of a patented Integrated Starter Generator (ISG) system. Also, the motorcycle included an e-boost function for added performance from a 1,200W regenerative assist motor – powered by a 48V Li-ion battery. The concept claimed to have a top speed of 130 kmph.

The Zeppelin R concept originally featured a low-slung cruiser form factor and a single-piece stepped seat. However, unlike typical cruisers, it had a flat handlebar set up for a slightly sportier riding posture. Other than this, it was seen sporting a hexagonal headlight assembly with integrated LED DRLs as well as chunky, golden-finished USD front forks. The concept also featured black-dipped wire-spoke wheels.

It won't be a surprise if the Zeppelin ditched the 220 cc mild-hybrid engine in favour of an Apache series sourced engine. More details are likely to be revealed in the first week of July.