Toyota has once again cut its monthly global production numbers and continues to blame effects of the lockdown in Shanghai, apart from semiconductor ship shortage.
By : HT Auto Desk
| Updated on: 27 May 2022, 02:22 PM 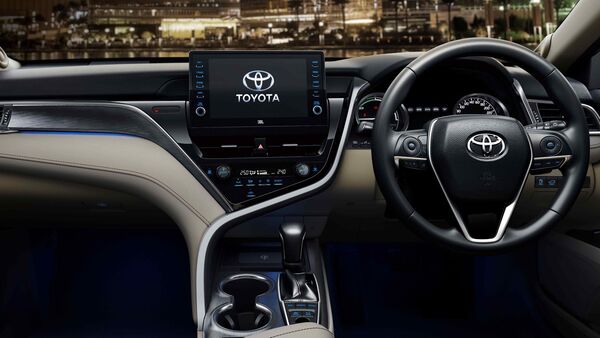 The very real and very serious production challenges for the global automotive industry is time and again underlined by the world's largest car maker cutting production plans repeatedly in recent months. For June, Toyota Motor Corp has once again slashed its production plans across markets by around 50,000 units to 800,000 vehicles. While its stated objective of having 9.7 million vehicles in the ongoing financial year remains intact, the monthly downward revisions in units produced isn't helping its larger plans.

Continuing to blame the lockdown restrictions in Shanghai in the recent past for the overall monthly production targets being reduced, Toyota's woes highlight the larger woes faced by almost every major automotive manufacturer. The semiconductor shortage that has been persisting for well over a year now is another crippling obstacle for manufacturers. Toyota had announced a similar cut in production even in May.

The direct outcome of such cuts is that waiting time for various Toyota models in many of its key markets is on the rise. “The shortage of semiconductors, spread of COVID-19 and other factors are making it difficult to look ahead, but we will continue to make every effort possible to deliver as many vehicles to our customers at the earliest date," an official statement from the company read.

Models offered in global markets like C-HR, Corolla, Yaris Cross, Land Cruiser 70 Series and Prado are reportedly affected by the production cuts and may have wait times increase. Here in India, several popular models from many of big-ticket manufactures are seeing waiting times of several weeks to even several months.

Market watchers and analysts don't see the present challenges going away anytime soon and the impact is being felt across mass-market as well as luxury-car segments. So, even though demand remains rather strong, supply-side and production issues remain big worries.