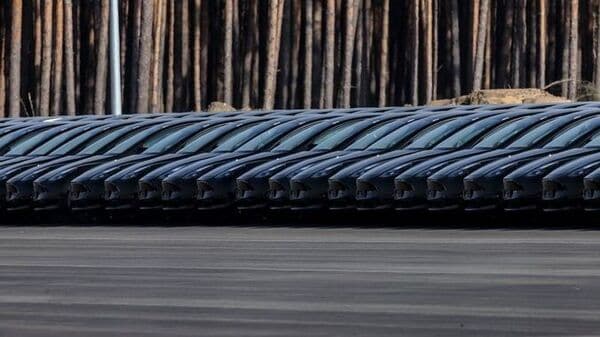 Tesla CEO Elon Musk shared he wants Tesla to strengthen its position as the leader of electric vehicles globally and hence, the brand is aiming to sell more EVs than it does now. Tesla is expanding by building more manufacturing units around the world and also has plans to set up more. The EV company is setting a target to sell around 20 million EVs per year by 2030.

Last year, Tesla sold nearly one million EVs registering an almost 90 per cent increase year-over-year compared to 2020 when it sold less than five lakh EVs. In 2019, Tesla delivered 3,67,500 electric vehicles. Now, aiming for 20 million sales per annum, Musk reportedly said the company can do 20 million EVs in 10 years. “And that would be a good number because there's 2 billion cars and trucks in the world that are in active use, so 20 million would be then 1 percent of the global fleet per year," he was quoted as in a report by Automotive News.

Tesla is also gearing to open its gigafactory in Texas on April 7. Musk has plans to invite around 15,000 people to the grand opening of the factory. Spread over 2,000 acres, the Texas gigafactory will also serve as the new headquarters of the company.