Hero has collaborated with the Vietnamese battery giant - Gogoro to source technology for its future electric vehicles.
By : HT Auto Desk
| Written By : Prashant Singh
| Updated on: 21 Apr 2021, 04:48 PM 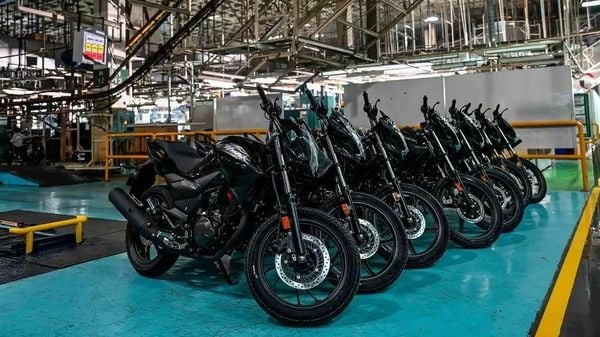 Hero MotoCorp on Wednesday announced that it has collaborated with the Vietnamese battery giant - Gogoro to source technology for its future electric vehicles. Gogoro is a global leader in urban battery swapping and smart mobility innovation which is based out of Vietnam.

India's leading two-wheeler maker informed that it plans to establish a battery swapping joint venture with Gogoro to be used in its future EVs. Hero will bring Gogoro’s battery swapping platform to India and both the brands will come together to produce Hero-branded electric two-wheelers.

Commenting on the new partnership, Dr. Pawan Munjal, Chairman and CEO, Hero MotoCorp, said, “Today marks another major milestone in our journey, as we bring Hero’s leadership in two-wheelers, our Global scale and innovation powerhouse, with the leadership of Gogoro in Swapping business model, as they have demonstrated over the years in Taiwan and rest of the world."

Hero said in a press note sent on Wednesday that its new partnership with the Vietnamese battery giant will be further used to 'extend the work' that's currently been done at its R&D hubs located in India and Germany. The brand also hopes to 'strengthen and expedite' the government’s electrification drive with its new partnership. Moreover, Hero also hopes to make a 'significant impact' in the country's mobility and energy future, it added.

“We are at a critical stage in the transformation of urban mobility and the evolution of smart cities. With more than 225 million gas-powered two wheel vehicles in India, the need for smart and sustainable electric transportation and refueling is vital," said Horace Luke, Founder & CEO, Gogoro Inc.