Ford fires back at GM, seeks to rescind ‘Cruise’ trademark 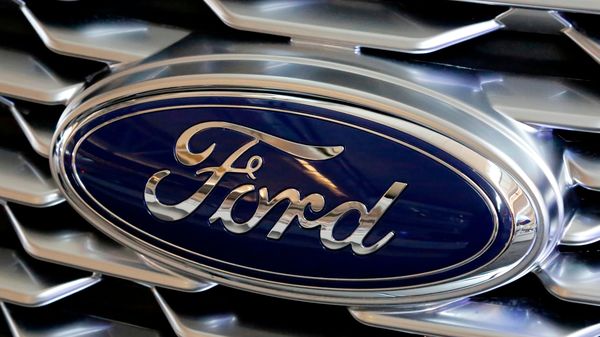 Ford is asking the U.S. Patent and Trademark Office to rescind the trademarks so “the industry as a whole can freely use the word ‘cruise’ to safely describe their driver assist technologies," Mike Levine, a company spokesman, said Friday in an emailed statement.

The agency doesn’t typically register words and phrases that are commonly used. Even words like “escalator" and “Murphy beds," which started out as trademarks, lost their protection from overuse. In a 2016 filing on the “Super Cruise" application, the agency initially told GM that the word “cruise" alone couldn’t be registered because it’s merely descriptive of the vehicle’s function -- “to operate at a predetermined speed."

GM sued Ford in federal court in California last month. The complaint accused the automaker of violating a GM trademark when it renamed its hands-free driving technology “Blue Cruise" in April. The feature, previously known as Co-Pilot360, is being offering on the electric Mustang Mach-E and top-selling F-150 pickup, with plans for a broader rollout.

“Ford knew exactly what it was doing," GM said in the lawsuit. “If Ford wanted to adopt a new, unique, brand, it easily could have done so without using the word ‘Cruise.’"

Ford calls the lawsuit “meritless and frivolous," and on Friday filed a motion opposing GM’s request for a preliminary injunction to prevent the use of the “Blue Cruise" name.

“Drivers for decades have understood what cruise control is, every automaker offers it, and ‘cruise’ is common shorthand for the capability," Levine said. “To defend itself, Ford has no choice but to ask the U.S. Patent and Trademark Office to rescind both of GM’s ‘Cruise’ and ‘Super Cruise’ trademark registrations that should have never been registered in the first place."

Ford’s branding of its hands-free feature plays off its blue oval logo and the so-called blue zones the automaker has created, which are roads where the technology can be used.

Semiautonomous features like hands-free driving and crash-avoidance technology have become battlegrounds as automakers seek to boost prices, best rivals with options that command a premium and give drivers high-tech bragging rights. Ford sees its Blue Cruise option being purchased on 100,000 models in its first year.

GM had no comment on Ford’s actions but said it “remains committed to vigorously defending our brands and protecting the equity our products and technology have earned over several years in the market and that won’t change."

“As the industry’s first true hands-free driver assistance system on the market, GM’s Super Cruise was first announced in 2012 and has had a well-established commercial presence since 2017," GM said in a statement, adding approximately 10 million miles have been driven to date using the technology.

There are hundreds of registered trademarks and pending applications that involve use of the word “cruise," many of them involving sea travel, according to the patent office’s website.

GM ultimately overcame the agency’s objections, and the trademark “Super Cruise," for computer software, cameras and other detectors for semi-autonomous driving of motor vehicles, was registered in 2018. The trademark for “Cruise," for computer software for autonomous driving of motor vehicles, was issued in March 2020.

Ford isn’t the first to challenge the “Super Cruise" trademark. The Trademark Trial and Appeal Board in November rejected a cancellation petition by Micro Mobio Corp., which argued it was too similar to its own trademark. Micro Mobio, which owns an earlier registration on the single word “SuperCruise" for semiconductors and computer software, is appealing the decision.