Detroit's Big Three carmakers plan to announce that they aspire to have nearly 50% of new vehicle sales by 2030 be electric models as they call for billions in US government assistance to meet aggressive targets.
By : HT Auto Desk
| Updated on: 05 Aug 2021, 09:14 AM 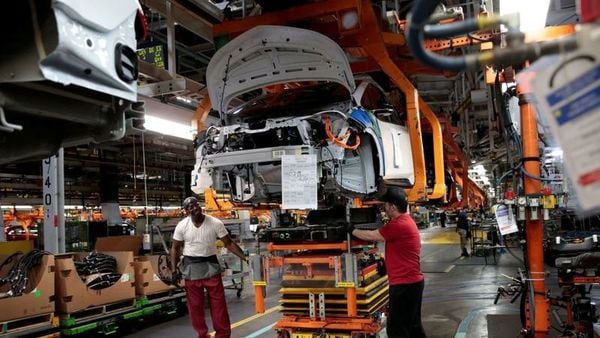 US carmakers from Detroit, which includes Ford Motor, General Motors and Fiat Chrysler, are likely to make a big announcement today to share their target of electric vehicles sales by the end of the decade. The announcement is linked to US President Joe Biden's push for electric vehicles in the country in an effort to push for new emission norms.

Earlier last week, Joe Biden had urged US carmakers to work towards achieving a target of at least 40 per cent of vehicles on its roads to be electrified by 2030. He followed it up with a tweet on Wednesday saying, "When I say electric vehicles are the future, I’m not joking. Tune in for the big news tomorrow."

The Biden administration plans to propose revised emission rules through the 2026 model year this week. According to sources, the Biden administration may ask US carmakers to chase a target of around 50 per cent vehicles in electric avatar by 2030. Joe Biden has already announced an investment of $174 billion to boost electric vehicles.

According to sources, the Detroit auto giants are planning to announce between 40 and 50 per cent of their cars to be electric in the announcement expected today. However, they could ask for more support from the US government to achieve the target they will set for themselves.

When I say electric vehicles are the future, I’m not joking. Tune in for big news tomorrow. pic.twitter.com/riIClqPYnw

Stellantis, which owns Fiat Chrysler, is targeting over 40 per cent of its vehicles to be electric by 2030. Ford Motor too has similar target for its global vehicle sales. General Motors aims to end sales of new ICE vehicles by 2035.

Except Tesla, which only produces electric cars and is pioneer in the field of electric mobility, US carmakers already spend billions of dollars to speed up EV adoption. Yet, sales of electric vehicles still remains a small portion of the entire sales.

United States has not put an end date to stop selling ICE vehicles, like some of the other countries have already. However, states like California has announced it will ban ICE vehicles from its roads by 2035. Biden's proposed vehicle emission rules are likely to be similar to California's arrangement with some of the carmakers which aims to improve fuel economy by 3.7 per cent annually.