Home Auto News Coronavirus Fallout: Tesla To Cut Employees’ Pay By As Much As 30% To Curb Costs

Coronavirus fallout: Tesla to cut employees’ pay by as much as 30% to curb costs 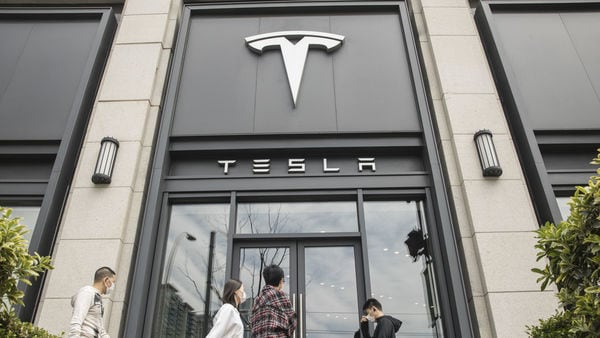 Tesla Inc. will reduce employees’ salaries as much as 30% starting this Monday to cut costs as it shuts down some operations because of the coronavirus pandemic.

In the U.S., the salary cut is 30% for vice presidents and above, 20% for directors and above, and 10% for others, according to an internal memo seen by Bloomberg. Workers outside the U.S. will see similar reductions. Employees who haven’t been assigned to critical tasks and who can’t work from home will be furloughed without pay, though they will keep health-care benefits.

“This is a shared sacrifice across the company that will allow us to progress during these challenging times," the company said in the memo.

Tesla agreed to idle U.S. production last month amid orders to do so from authorities. The electric-vehicle maker expects to resume normal production at its U.S. facilities on May 4, according to the memo.

Even after re-opening its facilities, Tesla will probably need about two weeks to ramp up production again, analysts at Credit Suisse Group AG said in a note. Tesla had about 30,000 cars in inventory at the end of the first quarter, sufficient to meet weakened demand, the analysts wrote.

The company has about 56,000 employees, according to a recent company email. Its sole U.S. car production facility is in Fremont, California, where current stay-at-home orders extend until May 3.

Wage adjustments and equity grants will be put on hold, according to the memo. The pay cuts are expected to last until the end of the second quarter and those furloughed are likely to be asked to return on May 4, Tesla told employees.

At its Nevada gigafactory, Tesla is reducing on-site staff by 75%, according to the county where the plant is located. The facility produces battery packs and electric motors with partner Panasonic Corp.

Tesla’s Shanghai plant, meanwhile, recovered from a virus-related shutdown faster than many in the industry, helped by aid from local authorities. After resuming operations in February, the factory -- Tesla’s only outside the U.S. -- surpassed the capacity it had before the shutdown, reaching a weekly production of 3,000 cars, the company said last month. Tesla is also planning to expand its lineup in China by introducing a locally built Model 3 sedan with a longer driving range from as early as this week, people familiar with the matter have said.

Though down from a February peak, shares of Tesla are still up 30% this year.