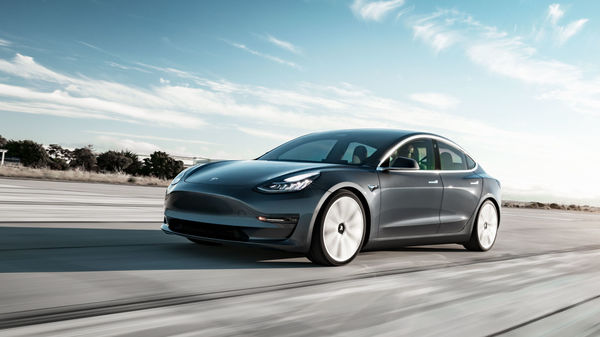 Tesla Inc. plans to expand its lineup in China by offering a locally built Model 3 sedan with a longer driving range from as early as this week, according to people familiar with the matter.

The vehicle would have a range of more than 650 kilometers (404 miles) on one charge, compared with about 450 kilometers for the current most basic version that starts at 323,800 yuan ($45,800), the people said, asking not to be identified as the information isn’t public. The variant would start at about 350,000 yuan before rebates, though exact pricing has yet to be decided, they said.

The longer-range Model 3, like the existing cheaper version, would qualify for electric-vehicle subsidies and is exempt from China’s car purchase tax.

Registrations of Tesla vehicles have fallen for two consecutive months in China, amid a broader slump for the industry hit by the coronavirus outbreak. The slowdown has come amid Tesla’s multibillion-dollar push to expand in the world’s biggest electric-vehicle market.

Yet Tesla’s factory in China has recovered from a virus-related shutdown better than many in the industry, helped by aid from local authorities. After resuming operations on Feb. 10, the Shanghai plant -- Tesla’s only outside the U.S. -- has surpassed the capacity it had before the shutdown, reaching a weekly production of 3,000 cars, the company said last month.