Many successful Bugatti racing drivers from the past were former flying aces and flew for the French Air Force.The Bugatti Chiron Sport Les Légendes du Ciel features various elements reminiscing aircrafts such as a modern interpretation of the exterior colour of the aircrafts from the 1920s.
By : HT Auto Desk
| Updated on: 29 Nov 2020, 16:01 PM 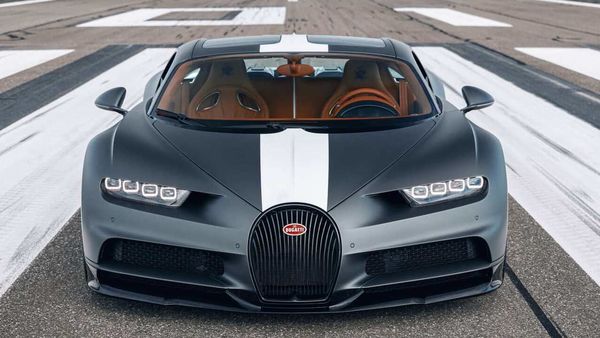 Bugatti is honouring its racing drivers from the Grand Prix days with a special edition Chiron Sport 'Les Légendes du Ciel'. The car maker will produce only 20 units of the vehicle.

Many of these famous racing drivers from the last century were former flying aces, daredevils and technically skilled pilots. Many successful Bugatti racing drivers such as Albert Divo, Robert Benoist and Bartolomeo ‘Meo’ Costantini, flew for the French Air Force. “It is therefore almost an obligation for us today to pay tribute to the legends of that time and dedicate a special edition to them," says Stephan Winkelmann, President of Bugatti.

The tribute vehicle features various elements reminiscing aircrafts. The exterior of the special edition gets a matt-grey paintwork and a modern interpretation of the exterior colour of the aircrafts from the 1920s. This stretches across the entire vehicle and is traversed from the front to the rear via the extending rear spoiler with a high-contrast, white gloss center stripe.

The front wings are decorated with the 'Les Légendes du Ciel' logo. The front area of the side sills made of exposed black carbon fiber feature Blue, White and Red French tricolour. There are hand-sketched racing scenes on and in the vehicle. 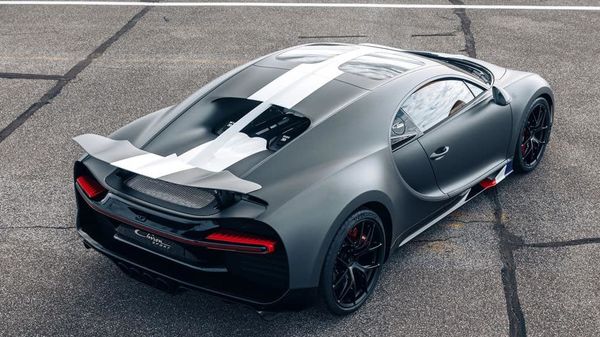 The horseshoe shaped radiator grille gets a black gloss finish and its mesh is made of laser-cut and deep-drawn aluminum, on which the dynamic pattern of the stitched seams is repeated on the leather seats, resembling flying of planes in formation in an air parade. The door entry lights project the edition logo onto the ground when the doors are opened. The door sills are made of brushed aluminium with the logo of the special edition's name on the middle console inlays.

The interior of the vehicle also gets all the details to evoke the experience of aircraft from the past century such as use of 'Gaucho' leather used in planes from 1920s. The natural light brown material is contrasted by aluminum trims, an aluminum inlay with the 'Les Légendes du Ciel' logo which can also be found on the headrests. There is also special edition numbering from one to twenty on each vehicle. Bugatti is also optionally offering comfort seats and the glass roof 'Sky View' to gaze into the sky like in open-top aircraft.

The door panels feature a hand-sketched racing scene between the Nieuport 17 aircraft and a Bugatti Type 13, which symbolizes the two souls honored by the edition. The Nieuport 17 is a 1916 French biplane aircraft powered by a 9-cylinder engine that delivered up to 130 PS. The Bugatti Type 13 spans 110 years in Bugatti's history and was the first model to bear the name Bugatti.

The Chiron Sport 'Les Légendes du Ciel' has a capacity of 8.0 litres and delivers 1,500 PS and 1,600 Nm of torque. Its maximum speed is electronically limited at 420 km/h. Production of the tribute vehicle will start towards the end of 2020 and each of the limited-run unit will cost 2.88 million euros.