Bugatti says that Bolide is the most extreme, fastest as well as lightest vehicle concept produced by it in the recent times.The new Bolide shares the same platform as the popular Chiron.Bolide takes 3:07.1 minutes to complete a lap of Le Mans, the company claims.
By : HT Auto Desk
| Updated on: 28 Oct 2020, 20:22 PM

After teasing the concept for over several weeks in the past, Buggati has recently taken the wraps off the track-only Bolide hypercar. The company claims that it is the most extreme, fastest as well as lightest vehicle concept produced by it in the recent times. For the record, the car has a mind boggling weight-to-power ratio of 0.67 kg per horsepower.

The new Bolide shares the same platform as the popular Chiron. It is also plonked with the same tried and tested 8-litre W12 unit. As if 1578 bhp (seen on the Centodieci) wasn't quite enough, the engineers at Bugatti tuned this powertrain to pump out a staggering 1825 bhp of maximum power which is backed up by 1850 Nm of peak torque. Instead of the water-to-air intercooling, Bugatti has opted to go for an air-to-air intercooling system with water pre-cooling to keep this mammoth engine from getting hot. 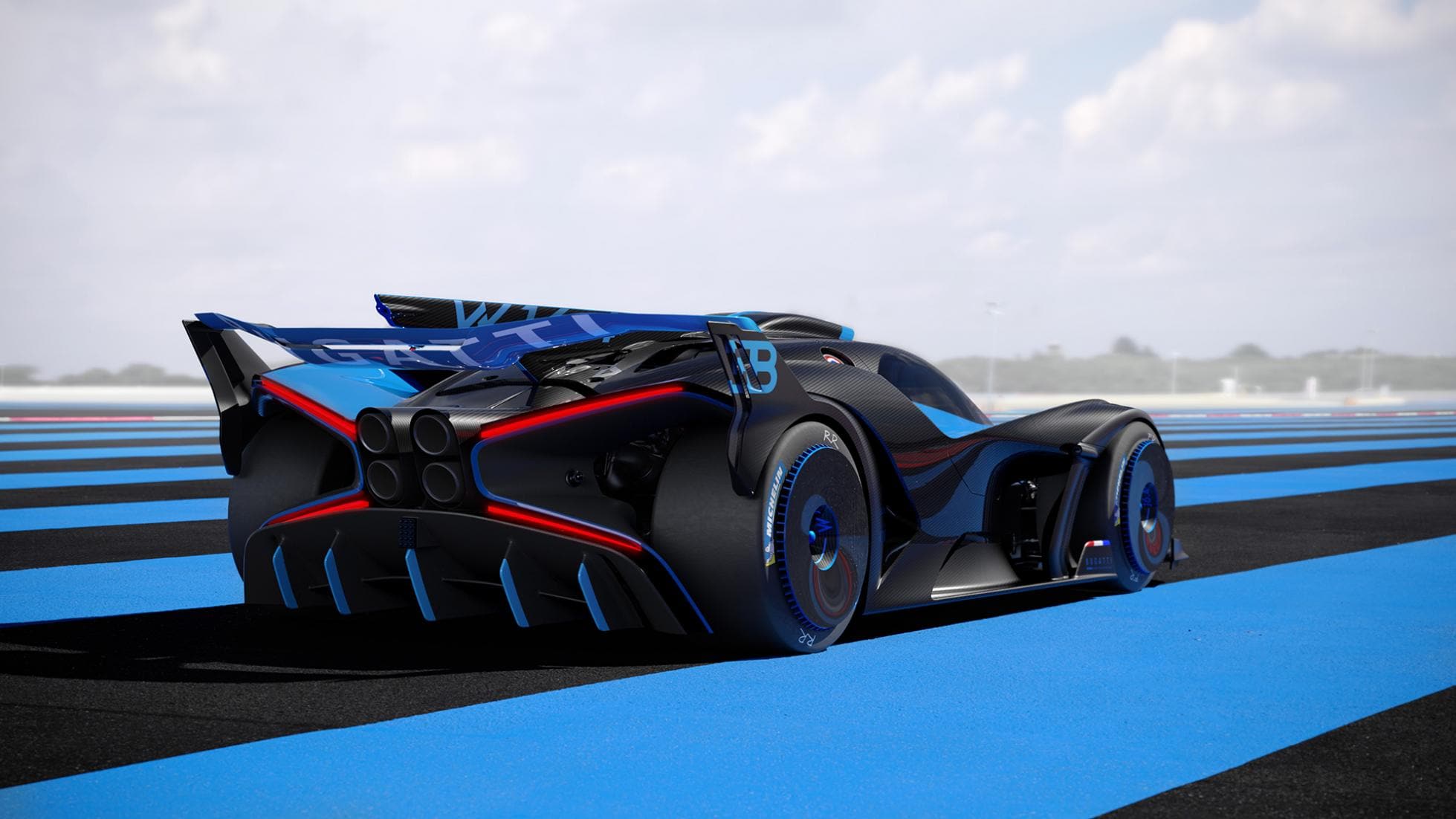 The company claims that the engine propels the car across the 0-100 kmph of line in just 2.17 seconds, while the 0-200 kmph is achieved in just 4.36 seconds. To reach the final 500 kmph, the Bolide takes about 20.16 seconds. Other claims made by the manufacturer say that the Bolide takes 3:07.1 minutes to complete a lap of Le Mans.

The car uses screw and fastening elements which are completely made out of titanium. Moreover, in many places it features thin-walled functional components which are made of an aerospace titanium alloy.

In terms of dimensions, the Bolide stands at the exact same height as the historic Bugatti Type 35 which is 995 mm. It has a wheelbase of 2750 mm, while the width stands at 1990 mm. It is about 300 mm flatter than the Chiron.