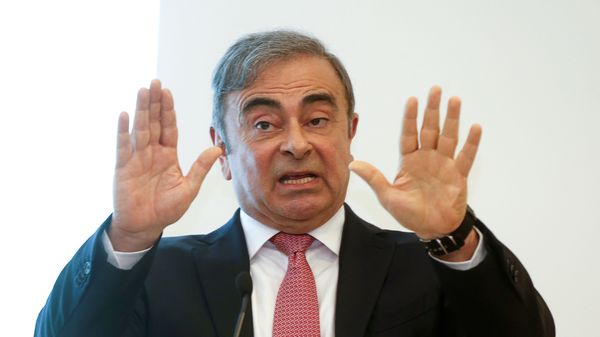 Carlos Ghosn said that many within the company didn't like the idea of him pushing for greater collaboration within the Renault-Nissan-Mitsubishi Alliance.

Former Nissan CEO Carlos Ghosn has accused the Japanese automaker saying that it has become a boring and mediocre car company, claims a report. He also reportedly said that this way, soon Nissan will struggle to find its place in the global auto market.

The controversial former Nissan CEO also said that many within the company didn't like the idea of him pushing for greater collaboration within the Renault-Nissan-Mitsubishi Alliance. In an interview, Ghosn has said that many Nissan officials wanted more autonomy, which eventually resulted in the company's downhill journey.

In the interview with Fox Business, Ghosn claimed that Nissan came back to what it was in 1999. "Unfortunately, after 19 years of work, as a boring and mediocre car company, which is going to be struggling to try to find its place in the car industry," he further said, adding that. “We were building a system where this company would be a part of something completely new with a lot of technical innovation."

Carlos Ghosn was arrested back in 2018 for allegedly falsifying securities reports and underreporting his own compensation. However, he escaped dramatically from Japan. In December 2019, Ghosn reportedly left his home in Tokyo and fled Japan in a large box that was supposedly containing audio equipment. Since then he took refuge in Beirut of Lebanon.

Ghosn has since claimed that he is innocent and was being falsely accused by the judicial system in Japan.

Ghosn's escape became a major issue in the global auto industry as he is seen as one of the key figures to have driven the automaker from its lacklustre performance. He also played a crucial role in Nissan's alliance with Renault and Mitsubishi's addition to the group. Apart from Ghosn, Greg Kelly, former executive vice president of Nissan too has been accused of being involved in the scandal.