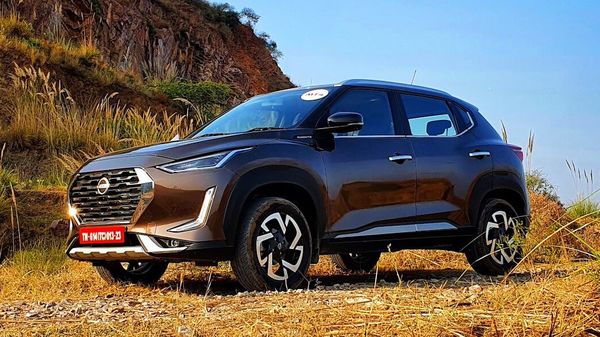 Nissan Magnite is a sub-compact SUV aimed primarily for the Indian car-buying audience.

Nissan is the official sponsor of the ICC Men's T20 World Cup and therefore, it comes as no surprise that Nissan India is putting its most exciting offering on display for maximum traction in what promises to be a closely-followed sports event across the world. “Nissan is the Official Sponsor of the ICC Global Events since 2016, we are pleased to sponsor ICC Men’s T20 World Cup, a tournament that wins hearts of people by bringing them together with hope and happiness," said Rakesh Srivastava, Managing Director, Nissan Motor India Ltd."

Magnite is manufactured in India and while it has fared well since its debut late 2020, it is also shipped to a number of overseas markets. In India specifically, the company says it has received around 60,000 bookings for the sub-compact SUV.

Magnite gets two petrol engine options. Its 1.0-litre Turbo engine puts out around 97 bhp of power and has 160 Nm of peak torque. There is also a 1.0-litre unit that puts out 71 bhp and offers 96 Nm of torque. This comes with a five-speed manual gearbox while there is also a CVT option with the more powerful engine.

In terms of body colours, Magnits is offered in five single-tone and three dual-tone hues.

The ARAI-certified fuel efficiency of Magnite turbo engine with five-speed manual transmission is 20 kmpl. The option with CVT returns 17.7 kilometres per litre of fuel.