After much delay, Ultraviolette will begin the production of its F77 electric motorcycle by the end of this year.
By : HT Auto Desk
| Updated on: 06 Aug 2021, 14:25 PM 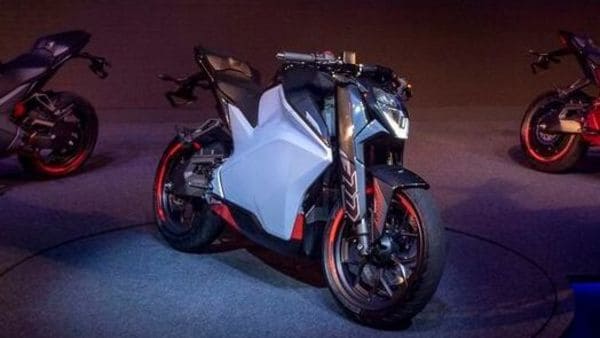 India-based electric mobility startup Ultraviolette unveiled its F77 electric motorcycle in 2018 is finally heading for production by the end of this year say reports. The company initially hoped to launch the electric bike in 2019 but due to unspecific delay, it couldn't go ahead. Following the Covid-19 lockdowns, the delay just got extended.

Ultraviolette has carried some updates to the production-ready F77. One can observe the full-colour and new TFT display. The reports also suggested that some modification has also been done to the powertrain. The EV company has claimed that the performance of the electric bike's 27 kW electric motor can be compared to the performance of fuel-powered 300cc motorcycles. It also added that the F77 can zip to the speed of 96 kmph in 7.7 seconds and has a power of 36 hp. It also has a maximum speed of 147 kmph. Its smart features comprise customisable performance profiles, auto on and off headlight and shock and impact sensors for fall and crash detection.

Earlier, it has been said that Ultraviolette's F77 had a range of 130 to 150 km, however, the company now informs that both the efficiency and performance of the electric bike has increased. That is its range can now go beyond 150 km on a single charge.

The brand's Bengaluru-based plant is expected to be operational soon, hence it is being guessed that the final stages work leading to production is underway. The production facility is initially expected to have a capacity of 10,000 units. The plant has been constructed in such a way that it can produce everything related to the bike that can range from batteries to chassis and bodywork.