Royal Enfield returns to positive momentum after being hit hard by the second wave of the pandemic.
By : HT Auto Desk
| Updated on: 01 Aug 2021, 09:15 PM 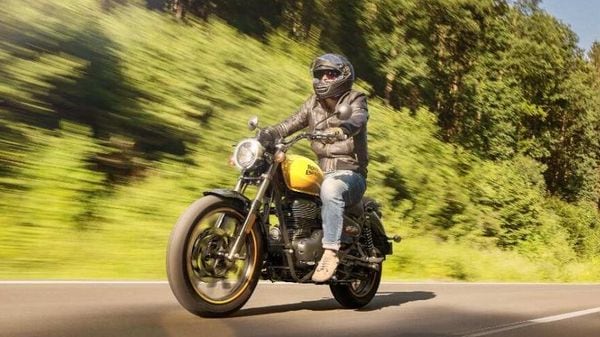 Royal Enfield on Sunday informed it had sold a total of 44,038 motorcycles in the month of July, up around nine per cent from the same period in 2020. Of this total number, 39,290 units were sold in the domestic market while another 4,748 units were exported.

The Indian two-wheeler industry is returning to some semblance of normalcy after the first Covid-19 wave in 2020 and then the second earlier this year disrupted proceedings. Sales of scooters and motorcycles were particularly affected this year because of the pandemic's spread to smaller towns and into the hinterlands.

As such, Royal Enfield would take heart from the July numbers as it looks to get back on track. This is also especially because the company had reported a two per cent decline in numbers from June of this year vis-a-vis same month of 2020. (Read full report here)

Year-on-year comparisons, however, may be for reference at best because the nature of pandemic-induced restrictions have been different in the two waves. And while the market sentiment at large is tilting towards a positive outlook - powered by a good monsoon and the upcoming festive months, the threat of a third Covid-19 wave remains a constant challenge.