Harley-Davidson's upcoming baby 300 cc cruiser: All we know so far

Harley-Davidson recently introduced Hardwire strategy which maps out a five-year growth plan.Its upcoming 300 cc cruiser is likely to go on sale in select developing markets.The bike will be based on the Benelli 302S roadster.
By : Prashant Singh
| Updated on: 22 Mar 2021, 03:17 PM 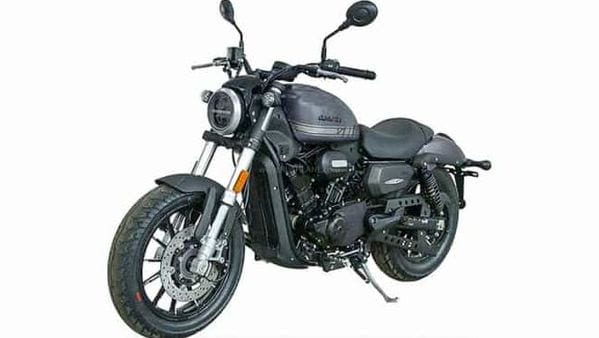 The Harley Davidson Roadster bike is likely to get a 296cc, V-twin engine that is capable of churning out around 30hp.

The past few years have been a roller coaster ride for Harley-Davidson as continuously tumbling sales worldwide have forced the American bike maker to rethink its future plans and product strategies. Apart from tweaking its future product plans, the company also announced a leadership change last year in a bid to gain back sales momentum and cut down losses. The company recently introduced 'Hardwire' strategy which maps out a five-year growth plan.

In 2019, Harley-Davidson announced its partnership with Chinese vehicle manufacturer Qianjiang. For the record, Qianjiang is the parent company of the famous Italian bike brand Benelli. Under the partnership, Harley-Davidson is said to be working on an entry-level cruiser motorcycle that will be based on the Benelli 302S and will aim at developing markets.

(Also Read: Harley-Davidson to set up dedicated electric-motorcycle division by 2025)

A recent image of the upcoming 302S-based Harley-Davidson bike gave a clearer idea of what Harley has in stores for the future. As per the image, the bike will try to mimic the theme its bikes is known for. There will be a single round headlamp at the front, low slung styling, front set footpegs, and peanut styled fuel tank which lends the bike a very intimidating appeal. In terms of features, expect it to gets LED lights all around and a digital instrument cluster.

On the mechanicals front, there will be a 296 cc V-Twin engine making around 30 PS of power, paired with a six-speed transmission. While the official details aren't confirmed yet, it is said to weigh around 165 kg which will make it one of the lightest bikes in its class.

The equipment list will include USD front fork and a monoshock setup at the rear. The stooping power will be delivered by disc brakes at both ends, paired with a standard dual-channel ABS. The bike will roll on a 16-inch front wheel and a smaller 15-inch rear wheel.

Sadly, the bike won't be made available in India anytime soon.