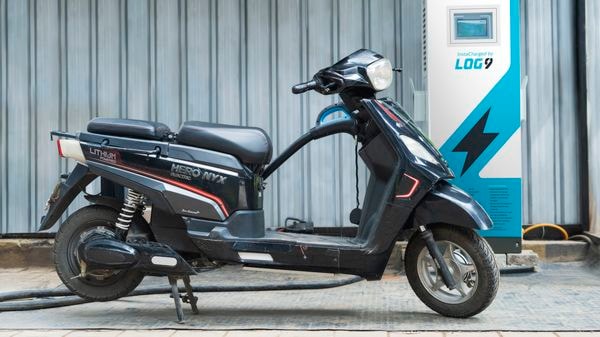 Electric vehicles sales in India is going to touch 10 lakh units this year, claims the Society of Manufacturers of Electric Vehicles (SMEV). The organisation claimed on Thursday that the total number of electric vehicles sales would reach the same mark this year that has been sold collectively in the last 15 years. The high traction of electric two-wheelers is expected to push this momentum, projects SMEV.

SMEV also said that sales of low-speed electric two-wheelers declined in the last two quarters of 2021 with its market share dipping to less than 15 per cent in the last quarter of October-December 2021, as compared to more than 70 per cent in all the previous years. The reason behind this slump is the low-speed electric two-wheelers don't get any subsidy under the FAME II scheme.

SMEV director-general Sohinder Gill said that the last few months have been the best days so far in the entire Indian EV industry history. “In the last 15 years, we collectively sold around 1 million electric two-wheelers, electric three-wheelers, electric cars, and electric buses, and we will most likely sell the same one million units in just one year beginning January 2022," Gill further added.

He also said that the recent positive changes in EV policy through the FAME II scheme has proved as a game-changer. Gill also added that the government's push for a cleaner and greener transportation sector, reduced reliance on expensive and dirty liquid fuel have also played key roles in helping demands and sales of electric vehicles.

According to him as customers have now started shifting in large numbers from petrol two-wheelers to electric ones due to attractive prices, lower running costs, and lower maintenance, a significant percentage of customers also factor in the environment and sustainability in their decision to buy an electric two-wheeler. He claims that going by the recent monthly trends, the next 12 months may see five to six times the growth in EV sales over the previous 12 months.

Gill also said that in the next two to three years, India is expected to see EVs penetrating all segments, ranging from electric scooters, electric motorcycles, and electric cycles from large and organised players. "In four to five years, we can now confidently predict that around 30 per cent of the two-wheeler market will be electric," he added.