Home Auto Two Wheelers Eicma 2020 To Be Held As Scheduled: Show Must Go On!

The EICMA motorcycle show, which happens every year in November in Milan, Italy, is said to be held as planned.
By : Prashant Singh
| Updated on: 10 Apr 2020, 09:25 PM 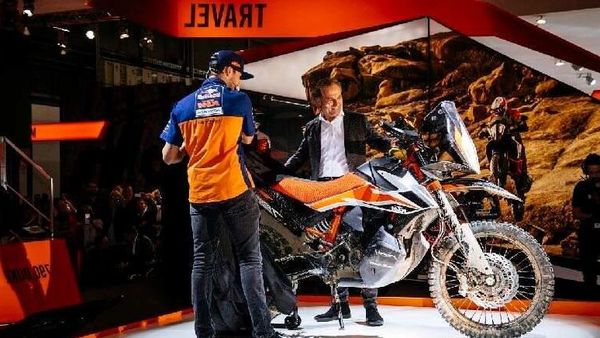 It is not news that coronavirus outbreak has resulted in the cancellation of almost all motor shows for the year 2020 since public gatherings have been strictly prohibited to contain the virus outbreak.

But as per latest updates, the EICMA motorcycle show, which happens every year in November in Milan, Italy, is said to be held as planned.

It is the world's largest motorcycle show where all major bike makers come together to showcase their line-ups. The EICMA is considered an epitome of the motorcycle shows and is a hotspot for all the future concepts and launches. It is also a very important trade show for suppliers as well parts businesses.

(Also Read: This motorcycle company will deliver bikes at your home if you live in the U.S.)

Unsurprisingly, two core bike giants, KTM and BMW Motorrad, have already unlisted them selves from the show in the view of the coronavirus pandemic. And it won't be shocking if a few more join the list in the forthcoming months.

Italy is currently one of the worst hit countries by the wraith of coronavirus and it is highly uncertain if the things will normalize even by November this year.

But for now, the show remains committed to sticking to the original timings, but at the same time, organisers are continuously monitoring the situation in Italy very closely.

Whether the show will continue as originally planned, will of course depend upon the future circumstances and how fast Italy rides back on the recovery road. Also, the situation will take into account concerns about suppliers and manufacturers.