Tesla's former contract worker alleged the EV maker of turning a blind eye to the racial taunts and offensive graffiti that he was subjected to at the company's plant.The amount to be paid by Tesla to the ex-employee includes $6.9 million for emotional distress and $130 million in punitive damages.
By : HT Auto Desk
| Updated on: 05 Oct 2021, 10:46 AM 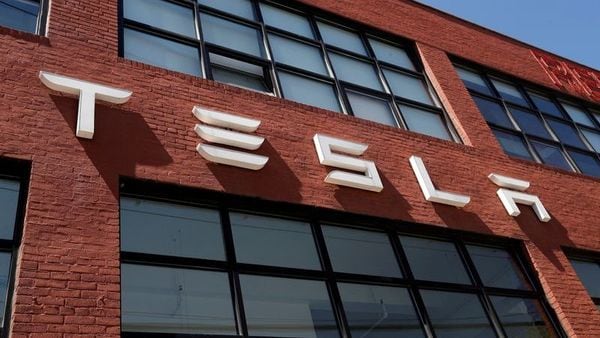 File photo: The Tesla logo is seen outside a dealership in the Brooklyn borough of New York City, US.

US EV giant Tesla has been ordered to pay $137 million in compensation to a former Black elevator operator who was subjected to racism at the carmaker's California plant. The company lost a trial for having ignored and the racial taunts and offensive graffiti that the former employee endured at the plant, as per the man's lawyer. The compensation amount includes $6.9 million for emotional distress and $130 million in punitive damages.

Owen Diaz was a former contract worker hired in 2015 through a staffing agency, and was subjected to a racially hostile work environment at Tesla's California plant, a federal jury in San Francisco ruled. The jury ruled that Tesla failed to take reasonable steps to prevent Diaz from racial taunts and trauma.

While pursuing the jury to take an action in favour of Diaz, his lawyer mentioned that ‘as opposed to a zero-tolerance policy, Tesla had a zero-responsibility policy’. Further, the victim himself  admitted that he suffered ‘sleepless nights’ and weight loss due to loss of appetite, and all this due to the trauma of being bullied and discriminated. “Some days I would just sit on my stairs and cry," he told the jury, Bloomberg reported.

In its defence, the EV maker had argued that it never intended to disregard the rights and safety of the African-American workers placed by the staffing agency and that all the incidents that were reported by Diaz were investigated and resolved. Tesla never usually loses workplace arbitrations, though it was hit with a $1 million award in May in a case brought by another ex-worker that was similar to Diaz's.

Following this trial, the shareholder activists who have pushed Tesla's board to adopt more transparency while dealing with workplace arbitration to resolve complaints about sexual harassment and racial discrimination, could embolden their stance.