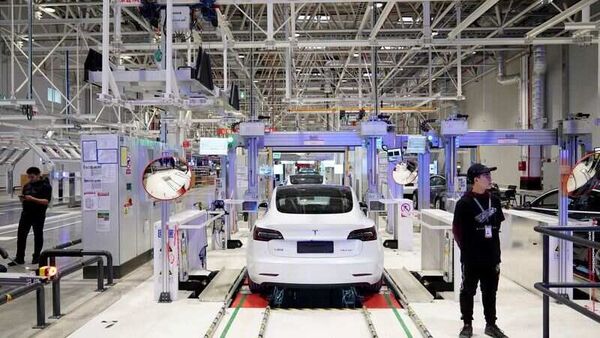 The memo revealed that the company aims to increase output to 2,600 units per day from May 23. However, challenges remain for the company to double the number of workers living and sleeping near production lines to maintain "closed-loop" operations, the report stated, citing a source.

At present, companies in Shanghai are only allowed to reopen if they can operate under an arrangement which requires workers to be isolated. There are also uncertainties over supplies, as factories of suppliers and logistics in Shanghai and surrounding areas have yet to be restored to normal.

Tesla's Shanghai factory has been operating well below capacity, indicating the problems being faced by factories face trying to ramp up output under a tightening Covid-19 lockdown in the city.

In a separate development, Tesla loaded more than 4,000 cars for shipment from Shanghai after restarting work at its plant amid a Covid lockdown in the city, Shanghai Media Group’s Knews reported. A few days ago, Tesla exported 4,767 vehicles in its first shipment.

Tesla’s Shanghai factory, its first outside the US, can typically make around 2,100 cars a day, but it shipped only 1,512 vehicles out of the Chinese financial center last month. On May 10, the electric carmaker was having some issues with logistics that has impacted its production. The California-based company shuttered its Chinese factory for much of April due to the situation in Shanghai, which has been under lockdown for about six weeks.