Elon Musk surpassed Amazon’s Jeff Bezos, who recently reclaimed the title as the world’s richest person for a brief period after Tesla shares fell, pulling down Musk's net worth.
By : HT Auto Desk
| Written By : Prashant Singh
| Updated on: 19 Feb 2021, 09:46 AM 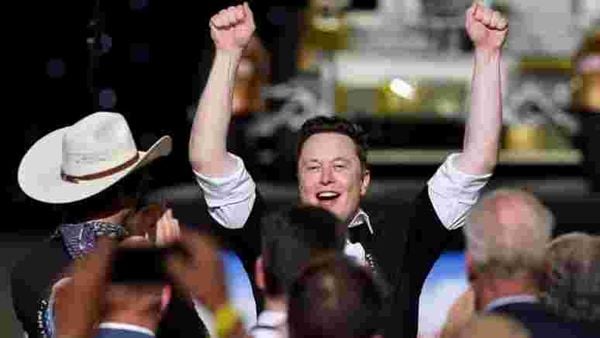 Elon Musk is back at the top and has regained his title of the world's richest person after SpaceX completed another funding round, pushing him at the very top of the Bloomberg Billionaires Index. Musk's wealth rose to $199.9 billion after his rocket company completed the latest funding round.

He once again surpassed Amazon’s Jeff Bezos, who recently reclaimed the title as the world’s richest person for a brief period after Tesla shares fell, pulling down Musk's net worth. Currently, Bezos is valued at $194.2 billion.

Musk's rocket company raised $850 million from a group of investors led by Sequoia Capital. As per the index, the round values the company at $74 billion which is a direct jump of 60% from August. Thanks to the round, Musk's net worth has jumped about $11 billion.

Musk roiled the price of Bitcoin and a lesser-known cryptocurrency - Dogecoin, that spiked with a meme tweeted by Musk earlier this month. Bitcoin meanwhile blew past $50,000 days after Tesla revealed plans to hold $1.5 billion of the cryptocurrency on its balance sheet.

(Also Read: Tesla works government connections to get vaccines sooner for its workforce)