Tesla works government connections to get vaccines sooner for its workforce

Getting vaccine shots in arms is a critical step for an eventual revival of the US economy.For Tesla, the goal was to get a message from a board member to California’s state epidemiologist, via Elon Musk’s chief of staff.
By : Bloomberg
| Updated on: 16 Feb 2021, 07:30 PM 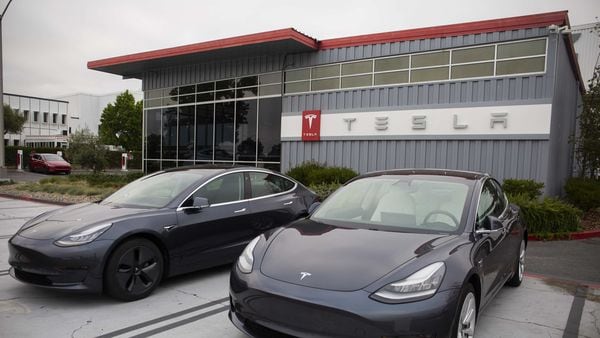 US companies have been quietly toiling behind the scenes to get vaccines for their employees as soon as possible, offering to help government officials distribute the shot as a way to enhance the economic recovery that they depend on.

For Tesla Inc., the goal was to get a message from a board member to California’s state epidemiologist, via Elon Musk’s chief of staff. In Walmart Inc.’s home state of Arkansas, an executive sought to avoid having to traipse workers across town to get vaccinated at other pharmacies.

Overtures like these, gleaned from messages to state and local health officials logged in public records, show how large companies are probing the enigmatic new bureaucracies that control access to vaccines for their vast workforces. Getting shots in arms is a critical step for an eventual revival of the US economy, where Walmart alone employs nearly 1.5 million people.

For companies big or small, in state after state, the questions are the same: How can we help? When can our workers get shots? Can it be done at our store, our factory? With two vaccines now available, answers are slowly taking shape. But clarity on the quantity and timing of vaccine supplies -- and when those doses will be available to broader swaths of the American workforce -- is critical information that remains hard to get.

“Those are the necessary inputs for us to work with an employer to then plan exactly how we would marshal resources and distribute and deploy those vaccines," said Jeff Wells, chief executive officer of Marathon Health, an employer health-care provider. “We’re sort of right now at the transition point where I believe that most states are starting to shift to answer" those questions.

Since the first inoculation in the US on Dec. 14, the vaccination program has built up in fits and starts. New President Joe Biden’s target is to get at least 100 million shots administered in his first 100 days in office. So far, more than 53.8 million doses have been given, according to Bloomberg’s vaccine tracker. A Kaiser Family Foundation analysis found that more than half of states are focused on immunizing seniors -- a group that represents just a sliver of the 160 million Americans in the work force.

Some of the exchanges in public records show executives still are grasping their way through the patchwork of state and county distribution policies and inconsistent patient scheduling tools.

“Figuring out how to create a much more effective, efficient way to cross that last mile to get vaccines from local jurisdiction and distribution center to arm is really the challenge to be solved right now," said Jami Doucette, president of Premise Health, an employer health-care provider. 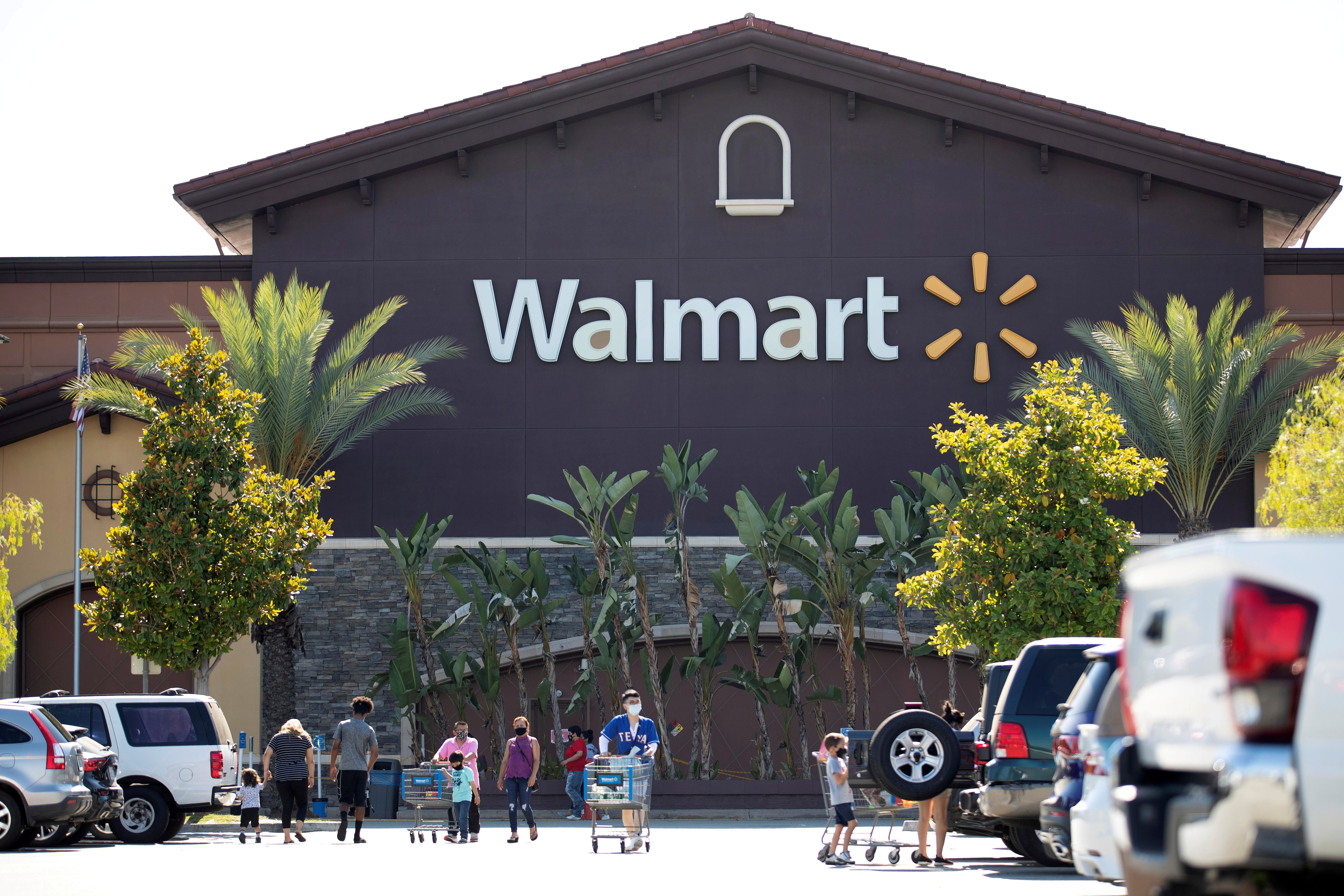 Getting to that so-called last mile has been a journey for Bentonville, Arkansas-based Walmart. This month, a federal program finally made Walmart a preferred provider in the state, but there was a much murkier outlook before the holidays.

On Dec. 8, Walmart’s director of public affairs and government relations emailed the Arkansas director of immunizations, seeking clarity on the state’s plan for grocery workers and “how we can ensure we can vaccinate our own people when the time is appropriate."

The giant retailer, with upward of 25,000 workers in the state, “can’t send our associates across town to get vaccinated at other pharmacies when they could walk across the store," executive Michael Lindsey wrote to Jennifer Dillaha, according to emails obtained through records requests. “It just wouldn’t make economic or practical sense to require them to do that."

At the time of Lindsey’s email, few if any of the retailer’s stores were slated to get vaccines through the state, Walmart spokeswoman Marilee McInnis said. That concern no longer applies since Walmart became a preferred provider, she said.

At Palo Alto, California-based Tesla, where Musk famously resisted Alameda County’s order to shut down the company’s auto plant in March and then reopened in May before getting final approval, public records from January suggest there were overtures to be more helpful with regard to California’s vaccine rollout.

In a Jan. 14 email, Tesla’s state lobbyist sought to connect Musk’s chief of staff, Omead Afshar, with Erica Pan, California’s epidemiologist. There was some history: Pan previously was Alameda County’s interim health officer -- the one who months earlier Musk famously blasted on Twitter as “unelected and ignorant." “Omead would like to convey a request or offer to Dr. Pan from a Tesla board member," Dan Chia wrote to the public affairs chief for the California Department of Public Health.

The state official forwarded the email to Pan and others, noting that Chia had previously indicated that the board member wanted to talk about assisting with vaccine distribution. The board member -- unidentified in the emails -- ultimately talked to the state’s vaccine task force, but there’s no sign that the connection resulted in any kind of collaboration or partnership.

Boeing Co. is one of the many big employers that explored whether to become a so-called point of dispensing for vaccinations. Emails in public records show the planemaker was asking health officials in St. Louis County, Missouri, about that possibility at least as long ago as September. Boeing builds warplanes in the state, where it employs 15,400 people.

A hint of polite exasperation showed through when Carole Baskin, a director at the county’s Department of Public Health, responded to a Dec. 4 email query from Boeing Chief Medical Officer Laura Cain.

“You would be surprised about how much things are still up in the air," Baskin wrote, referring Cain to reach out to state officials who controlled such matters.

For now, Boeing is standing down on the idea. “We continue to monitor the situation and to engage with St. Louis County and state public health officials as to when circumstances might warrant" holding vaccination events for its workers or the public, the company said in a statement.

If the exchanges in public records show how companies have been probing for information, health workers take that as a good sign that employers are so invested. 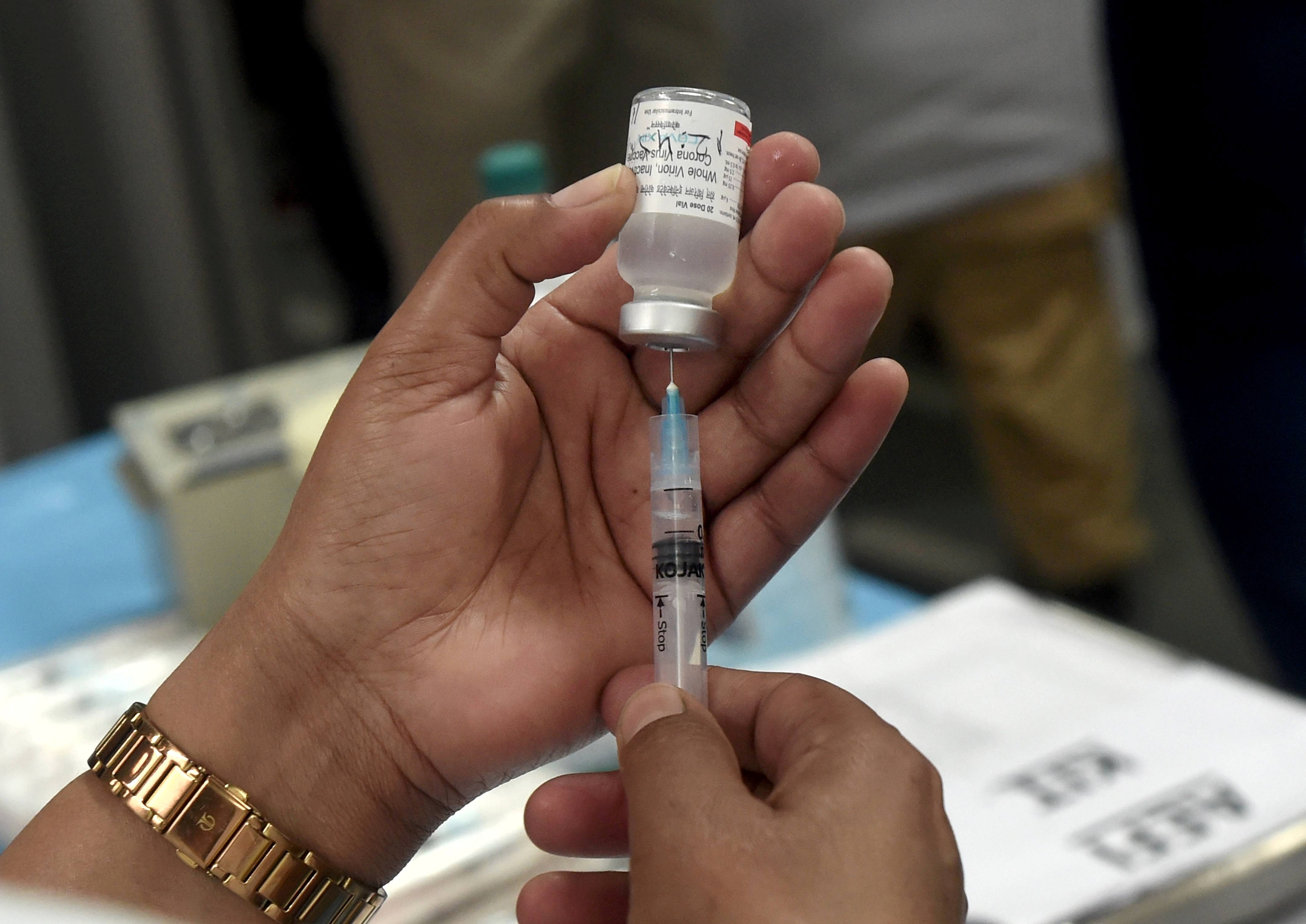 A medic prepares a dose of COVID vaccine in a syringe during a vaccination drive. (Representational photo) (PTI)

To speed the rollout in Washington state, Microsoft Corp. and Starbucks Corp. teamed with public health officials to erect a vaccination clinic at the software giant’s campus in Redmond. Immunization operations of two area hospital systems will give shots to those who are eligible, which for now includes caregivers and high-risk people over age 65.

The few companies that have begun to administer shots are still bound by state guidelines that for now generally limit the vaccine recipients by age groups. In interviews, executives and health-care officials alike are quick to point out that the states are making the rules and they’re not vying for their people to jump the line.

Delta Air Lines Inc. on Feb. 8 began giving shots to its Georgia employees over age 65, using a concourse at Hartsfield-Jackson Atlanta International Airport, according to a company memo seen by Bloomberg.

A quickly growing number of companies are offering workers incentives to receive get shots. Target Corp., Kroger Co., and Starbucks all are dangling financial perks to entice workers to get vaccinated. Dollar General Corp. and Olive Garden owner Darden Restaurants Inc. each are offering the equivalent of four hours of pay for employees who get the vaccine.

JBS USA, part of the world’s biggest meat-packing company JBS SA, is giving $100 bonuses to workers if they opt for the vaccine. The company is hoping the enticement will push the percentage of workers opting for vaccine closer the high end of its predicted 60% to 90% range. The industry was one of the initial hotspots for spread of the virus.

One priority for labor unions is making sure employees are granted paid time away if they experience side effects, said Mark Lauritsen, director of food processing and meatpacking for the United Food and Commercial Workers International Union.

For now, many corporate bosses are left navigating their way through an unfamiliar bureaucracy.

John Plant, the CEO of aircraft-component supplier Howmet Aerospace Inc., says his company has tried to work with pharmacies such as CVS Corp. to help facilitate employee access to the vaccine. But so far state guidelines haven’t expanded to cover most of his workforce.

“We’re respectful of that but if we could get access, if we could provide on-site, we would love to do so," Plant said.