Home Auto News Tesla Is One Of The Greatest Contributors To Climate Change: Bill Gates

Tesla is one of the greatest contributors to climate change: Bill Gates 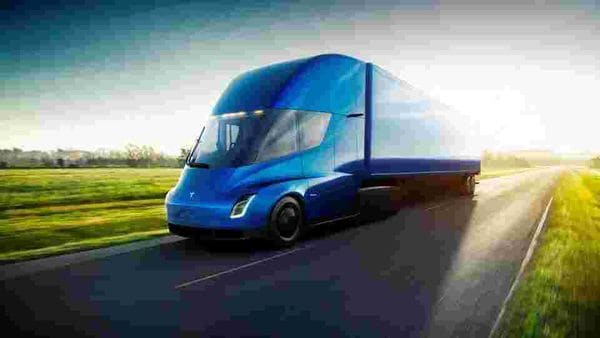 The Tesla Semi, the company's electric big-rig truck, is seen in this undated handout image released on November 16, 2017.

Microsoft big boss Bill Gates and Tesla CEO Elon Musk don’t always come on the same page. However, in one of the exceptional cases, Bill Gates has commended Elon Musk and Tesla in his latest comments, and that too after being accused by Musk of shorting Tesla. “Well, it’s important to say that what Elon did with Tesla is one of the greatest contributions to climate change anyone’s ever made," said Gates in a podcast.

The Microsoft founder also added that people shouldn’t underestimate Elon Musk. “And you know, underestimating Elon is not a good idea," said Gates.

Previously Gates commented about Tesla electric truck Semi not being viable. Musk countered those comments adding that he believes Gates had a big short position on Tesla at some point. Elon Musk also said that Gates has no clue about powering electric trucks. Now, the Microsoft founder’s positive words come just a week after that. However, Bill Gates didn’t respond to Elon Musk’s claim that he shorted Tesla. It is not known though whether the podcast was recorded prior to Musk’s claim or not.

The American electric vehicle manufacturer sometimes has been the most shorted stock on the Nasdaq. People who bet against the electric carmaker lost around $38 billion in 2020 alone.

The process of selling shares of a particular company by borrowing them with the hope of buying them back lower and pocketing the difference is known as short selling. This is one of the most common methods for people to bet against any particular company. Tesla has a long history of short-sellers as the company has often been the most shorted stock on the NASDAQ, as many people saw the EV maker as being overvalued. Elon Musk has often warned people not to bet against Tesla on the stock market.