Gates believes that future long-haul travels will be more likely powered by alternative fuels such as biofuels and electrofuels, because batteries are big and heavy for long distances. He didn’t refer to electric trucks specifically.
By : Bloomberg
| Updated on: 13 Sep 2020, 09:10 AM 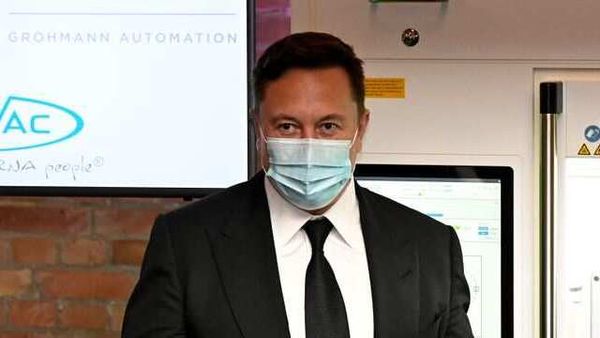 Elon Musk said that Bill Gates “has no clue" about electric trucks, responding to a Twitter follower about a week before the much anticipated “Battery Day."

Musk was responding to a question about Gates’ “declarations" on electric trucks. In an August blog post, the Microsoft Inc. co-founder laid out his thoughts on the future of mobility, suggesting the world should use clean electricity to run as many vehicles as possible, though he said it “will probably never be a practical solution" for heavy, long-haul vehicles, cargo ships and passenger jets.

Tesla has said its Semi truck model, which was first unveiled in 2017, is expecting first deliveries beginning 2021. Tesla has been investing heavily in the model that boasts 500 miles of range.

Gates believes that future long-haul travels will be more likely powered by alternative fuels such as biofuels and electrofuels, because batteries are big and heavy for long distances. He didn’t refer to electric trucks specifically.

He concurred that “EVs excel at short-haul travel," touting the sector has made lots of progress with increased competition and greater affordability. In the same post, he applauded several companies that would soon debut all-electric pickup trucks for consumers, such as “legacy companies like GM and Ford and new carmakers like Rivian and Bollinger," just stopping short of naming Tesla, which is the maker of pickup EV Cybertruck.

Gates is the world’s second-richest person, while Musk is fourth, according to the Bloomberg Billionaires Index. The electric-vehicle maker’s fortune has surged after Tesla shares more than quadrupled this year.