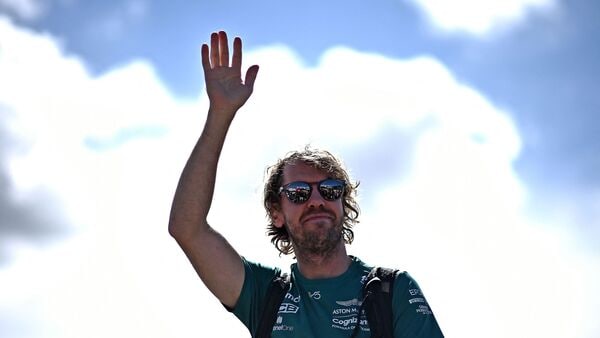 Sebastian Vettel, four-time world F1 champion, announced he will retire from Formula One racing at the end of the ongoing season. Vettel, 35, currently races for Aston Martin F1 team and has previously been associated with BMW Sauber, Toro Rosso and Ferrari. His most successful stint in F1 racing though was when he was with Red Bull between 2009 and 2014 when the German won the driver's championship four consecutive times till 2013.

Vettel, considered one of the greatest F1 racers ever, was a power-packed performer on the race track during his years with Red Bull and starting off with karting at the age of three may have helped him hone his skills. Born in Heppenheim in then West Germany, Vettel made it to the Red Bull Junior team in 1998 at the age of nine before gradually making his way towards the big league.

Vettel, racing against the best of the best

Vettel would then make his way into the Toro Rosso camp for the 2007 season and almost made his debut appearance on the podium at the Japanese Grand Prix but for a crash. He would follow up this performance with a fourth-placed finish in the Chinese Grand Prix a week later.

The 2008 season wasn't too kind to the racer but things changed dramatically when Vettel became the youngest-ever racer to win an F1 title when he took the trophy at Monza. He was 21 years and 74 days old at the time. There was no looking back.

Vettel would replace David Coulthard in the Red Bull camp at the start of the 2009 season and would finish it with an impressive 84 points for the second place, just behind Jenson Button with 95 points.

But while his long stint with Red Bull was full of successes, by the 2014 season, things weren't exactly going his way - whether in terms of reliability or performance. He would finish the season at he fifth spot, behind younger teammate Daniel Ricciardo.

The move to Ferrari a year before his contract with Red Bull was to expire raised many eyebrows but Vettel managed to fare well with a third-place finish in the driver's championship in 2015, fourth in 2016, second in 2017 and 2018, and fifth in 2019. The 2020 season was an absolute nightmare for Ferrari and Vettel finished it with just 33 points for the 13th place. Teammate Charles Leclerc was eight and there was a strong suspicion that Ferrari was looking with much more attention towards its younger driver. The German would make another move and joined Aston Martin for the 2021 season. But luck and wins have mostly eluded him.

Vettel married his childhood friend Hanna Prater in a closed ceremony in early 2019. He has three children with Hanna.