PNB has taken delivery of three high-end luxury Audi cars, to be used by the managing director and two senior executive directors amid the coronavirus outbreak, as per sources.
By : PTI
| Updated on: 10 Jun 2020, 10:47 AM 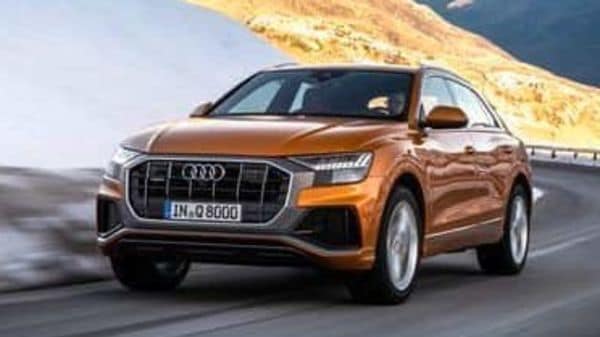 The Audi cars were purchased after approval from the board and within the sanctioned limit for the whole-time directors, as per sources. (Representational photo of Audi Q8)

At a time when the financial sector is passing through a rough patch and looking at ways to conserve capital, the country's second largest lender Punjab National Bank (PNB) has purchased three Audi cars worth ₹1.34 crore for its top management, sources said.

According to the sources, last month, the bank took delivery of these high-end luxury cars, to be used by the managing director and two senior executive directors amid the coronavirus outbreak, subsequent nationwide lockdown and its crippling effect on the financial sector as well as the economy.

However, sources close to the bank said the cars were purchased after approval from the board and within the sanctioned limit for the whole-time directors. This is part of routine replacement and the unutilised budget of last year was carried forward for the purchase, they added.

The annual depreciation on the purchase would be around about ₹20 lakh, the sources quoted earlier said.

Besides the managing director, there are four executive directors given the size and scale of operation of the bank.

Interestingly, the secretaries in the union government and even Cabinet ministers use Maruti Suzuki Ciaz, much less expensive than German car Audi purchased by the bank. In terms of protocol, the managing director of a public sector bank is equivalent to an additional secretary in the central government. File photo: Punjab National Bank suffered heavily due to the ₹14,000 crore Nirav Modi scam, which was unearthed in 2018. (REUTERS)

Even the chairman of the country's largest lender State Bank of India who is considered a notch above the managing director of any nationalised bank, uses Toyota Corolla Altis when he is in the national capital.

In the wake of the Covid-19 crisis, the finance ministry has asked all ministries and departments not to initiate any new scheme in the current financial year. Last week, the ministry also said that there is a need to use resources prudently in these difficult times.

Also, schemes that are already approved for the current financial year would remain suspended till March 31 next year or further orders. This would also include those schemes for which in-principle approvals have been given by the respective departments.

According to an office memorandum issued by the department of expenditure in the finance ministry, the changes have been made as there is a need to use resources prudently in accordance with emerging and changing priorities.

It is to be noted that Punjab National Bank suffered heavily due to the ₹14,000 crore Nirav Modi scam, which was unearthed in 2018.

Nirav Modi and his uncle Mehul Choksi duped the bank of ₹14,000 crore through issuance of fraudulent Letters of Undertaking (LoUs), in connivance with some bank officials.

For the third quarter, the bank reported a loss of ₹501.93 crore due to substantial increase in bad loan provisioning. The bank had posted a net profit of ₹249.75 crore for the same period a year ago.

The bank made a provisioning of ₹4,445.36 crore for bad loans during the quarter under review as against ₹2,565.77 crore parked aside for the year-ago period.