Motive behind this move is to better regulate public space in Paris, reduce noise and air pollution, the city's mobility chief David Belliard has said.
By : HT Auto Desk
| Updated on: 28 Jun 2022, 11:08 AM 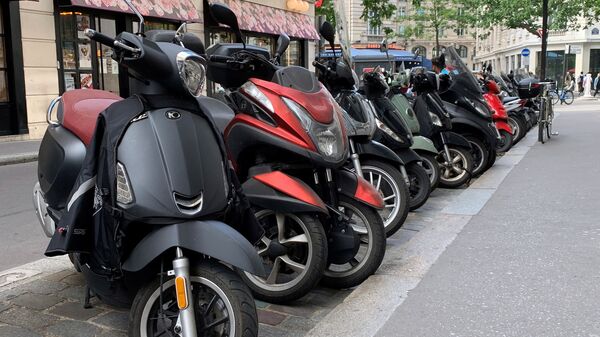 Motorcycles are seen on parking spaces in a street in Paris, France, June 27, 2022. REUTERS/Geert De Clercq

Commuters using combustion-engine motorcycles will be charged in French capital Paris for parking from September onwards as the government of the region aims to reduce noise as well as air  pollution. On the contrary, owners of electric motorcycles will be allowed to park their vehicles for free, city hall officials told Reuters. This move aligns with campaign promise of socialist mayor Anne Hidalgo and was set to start in January, but got delayed.

Another motive behind this move is that the city aims to better regulate public space, Paris mobility chief David Belliard, who is also an ecologist, said on franceinfo radio. "There is a lot of anarchy when it comes to parking. And we also need to reduce the disturbing noise levels as well as pollution," Belliard said.

Though the parking fees for combustion engine motorcycles was not revealed, it is known that it will be much less than the parking fees for combustion-engine cars. It was earlier announced that non-resident motorcyclists would have to pay three euros ($3.2) per hour to park in the 11 most central districts of the French capital and two euros in outlying arrondissements, which is about half the cost of parking cars.

In recent years, parking fees to combustion cars has been increased and mayor Hidalgo has also built a network of new bike lanes to steer Parisians and commuters towards more environmentally-friendly transport options.

The city is divided on the new move of charging parking fee from combustion engine vehicles. While the motorcycling organizations and Paris' conservative opposition have called the motorbike parking fee plan a new tax that will not really help reduce congestion, some other groups representing cyclists and pecodestrians have welcomed the move.