How Volkswagen is taking steps to lure customers back to showrooms

The German auto industry has called for a state-backed incentive program to reignite car purchases and provide much-needed stimulus for the broader economy to avert a prolonged recession.
By : Bloomberg
| Updated on: 11 May 2020, 12:59 PM 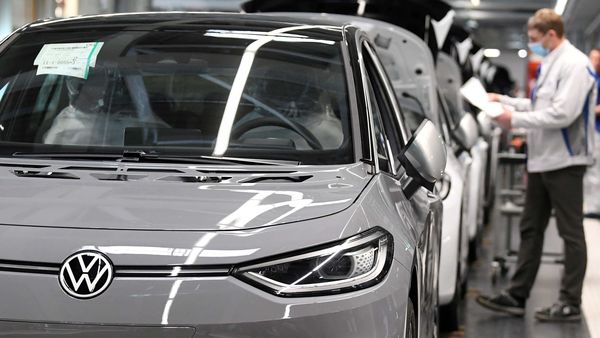 A worker wears a protective mask at the final assembly line for the electric Volkswagen model ID.3 in Germany.

The world’s biggest carmarker will offer improved leasing and financing terms and payment-protection insurance in case buyers lose their jobs, VW’s passenger-car division said Monday in a statement. The program for new and used cars starts on Friday and runs through July 31.

“We want to provide a first strong stimulus so that customers come to dealerships again," VW brand sales chief Juergen Stackmann said. “According to market research institute GfK, consumer sentiment has reached an historic low in April. We need instant measures that have a positive effect on the consumer climate."

The German automaker and peers includung Daimler AG and Renault SA revved up vehicle output even as many customers avoid showrooms in Europe following the coronavirus outbreak. Dealerships reopened in some countries after lockdown measures gradually eased, but buyers are shying away from big-ticket purchases amid the economic fallout from the crisis and rising unemployment.

The German auto industry has called for a state-backed incentive program to reignite car purchases and provide much-needed stimulus for the broader economy to avert a prolonged recession. The demand has sparked controversy among the country’s political ranks as VW, Daimler and BMW AG have raked in billions of euros in profits in recent years and have stuck to dividend plans.

The European auto industry has been hit hard by the Covid-19 outbreak with factories shuttered for 29 working days on average, according to Brussels-based lobby group ACEA. The plant closures have resulted in lost production of more than 2.3 million vehicles so far. VW, Daimler and BMW are bracing to suffer losses in the second quarter as sales were effectively wiped out in April.

The lack of demand isn’t just hurting car dealerships, according to Stackmann. “That’s why we need a broad stimulus program for the entire economy that restores trust among people," he said.