The small trucks aren't being recalled because they don't violate emissions standards, said Hino.
By : Reuters
| Updated on: 23 Aug 2022, 16:58 PM

Hino, Toyota's truck and bus unit, said on Monday it would suspend shipments of small trucks after a transport ministry investigation revealed that some 76,000 of its small trucks sold since 2019 had not been subject to the required number of engine tests.

A widening scandal at Japan's Hino Motors over falsification of engine data has become a headache that will not go away for parent Toyota Motor Corp, adding to a difficult year already complicated by multiple production halts.

Hino, Toyota's truck and bus unit, said on Monday it would suspend shipments of small trucks after a transport ministry investigation revealed that some 76,000 of its small trucks sold since 2019 had not been subject to the required number of engine tests.

The small trucks aren't being recalled because they don't violate emissions standards, Hino said, but it has now almost completely halted sales in the domestic market. About 19,000 of Toyota's Dyna and Toyoace trucks use the Hino engine and were also impacted, Toyota said.

Monday's revelation was the latest sign of the scandal worsening for Hino since it first announced the data falsification affecting some of its bigger trucks in March.

Since then, it has said it falsified data on some engines going back as far as 2003, at least a decade earlier than originally indicated. All told, about 640,000 vehicles have been affected, or more than five times the figure initially revealed.

The issue has also thrown a spotlight on Toyota, Hino's 50.1% owner, with some analysts questioning whether the parent should have done more to oversee standards at the smaller company.

Hino became Toyota's subsidiary at 2001 and nearly all presidents since then have been those who previously worked for Toyota.

Although Toyota has done necessary tasks as a parent company in terms of approving important matters and giving advice on governance, it could not directly intervene in Hino's management, said Toyota's Chief Communications Officer Jun Nagata.

"I do not believe that we were able to intervene," Nagata said, adding it would be up to Hino to restructure the company and protect its brand. 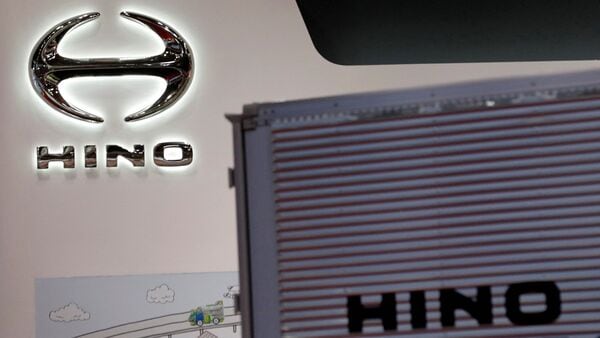 Shares of Hino fell 6.4% on Tuesday. They are down 38% this year, making the company the worst performer of the 57 comprising the Tokyo exchange's automotive index.

The woes come in a difficult year for Toyota, after vehicle output fell 10% short of its original plan in the April-June quarter, hit by a global semiconductor shortage and supply chain disruptions because of China's COVID-19 lockdowns.

Hino has said that even though the engine for the small trucks was supposed to be tested at least two times at each measurement point, it was only tested once at each site.

A company-commissioned panel said in a report this month that Hino had falsified emissions data on some engines going back to at least 2003, or more than a decade earlier than previously indicated.

Hino blamed an inward-looking corporate culture and a management failure to engage sufficiently with workers that led to an environment that put greater priority on achieving schedules and numerical targets than following processes.

Subaru Corp and Nissan Motor Co Ltd were under scrutiny for the same reason the year before.

The accuracy of automakers' emissions data was thrown into doubt in 2015 when Germany's Volkswagen AG admitted it had installed secret software in hundreds of thousands of U.S. diesel cars to cheat emissions tests and that as many as 11 million vehicles could have similar software worldwide.