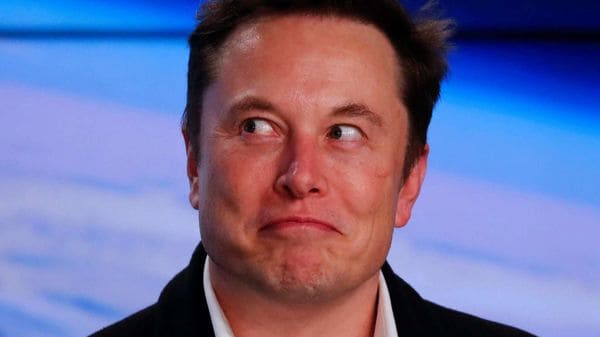 Tesla CEO Elon Musk in one of his moods.

Tesla CEO Elon Musk is known for his witty tweets and he is not one to mince words on the social media platform. This time around, the billionaire has responded to a critical tweet using just a single emoji, that too an eggplant.

On Tuesday, Euro Pacific Capital CEO Peter Schiff, a Bitcoin skeptic, tagged Musk in a tweet sharing his thoughts on how Tesla shares had been falling since Musk "spent $1.5 billion of shareholder money buying bitcoin".

"Two weeks after @elonmusk announced that he spent $1.5 billion of shareholder money buying bitcoin, #Tesla stock entered a bear market, plunging 20 percent from its all-time high set on January 25th, and 16 percent since disclosing the bitcoin buy," Schiff wrote on Twitter. He also added that Musk is "not an example other CEOs will likely follow!"

To which, the Tesla CEO replied:

Musk's eggplant emoji has gained over 145.8 lakh 'likes' over the microblogging site. Majority of the Musk's followers took Tesla CEO's reply to be dismissive of Schiff's opinion.

Schiff hit back at Musk with another reply writing: "For someone of your intellect, I would have expected a more thoughtful reply, not something one would hear at a playground. Does this mean our clubhouse conversation is not happening?"

There has been no reply from Musk after that.

Elon Musk recently lost the title of world's richest person after a tweet where he wrote that prices of Bitcoin and smaller rival Ether “do seem high". In the events that unfolded, later on, the fall of Tesla shares wiped out a whopping $15.2 billion from Musk's net worth (full report here).