BAIC was once one of China’s most successful EV makers, dominating the market with low budget offerings.A barrage of competition from domestic rivals including NIO as well as world leader Tesla, blunted its lead.
By :
| Updated on: 20 Oct 2020, 09:48 AM 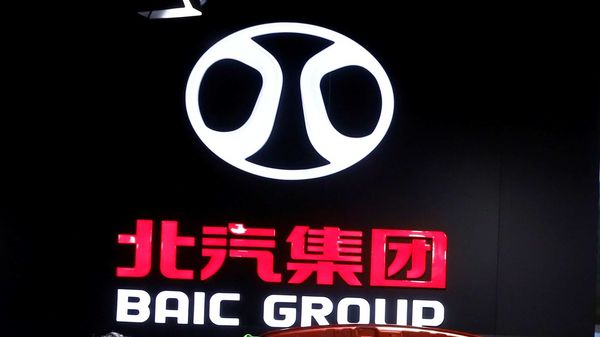 A stall of the BAIC Group automobile maker at an autoshow

Beijing Automotive Group Co.’s electric-car unit hopes to put its recent lackluster performance behind it with the launch this weekend of a new high-end model called the Arcfox.

Shanghai-listed BAIC BluePark New Energy Technology Co., whose sales plunged almost 80% in the first nine months of this year, should be able to resume year-on-year growth in 2021 with the new lineup, President Liu Yu said in an interview.

BAIC BluePark was once one of China’s most successful EV makers, dominating the market with low budget offerings that were a hit with taxi fleet operators and ride-hailing companies. A barrage of competition from domestic rivals including NIO Inc. as well as world leader Tesla Inc., which opened a Shanghai factory in late 2019, blunted its lead. Cheaper EVs including a model from SAIC-GM-Wuling Automobile Co. that retails for less than $5,000 haven’t helped.

“It is a painful process" to move to higher-end models, said Liu, an industry veteran who used to run BAIC’s joint venture with Hyundai Motor Co. He joined BAIC BluePark in his current role in late July. “Both we and our partners are all-in on the Arcfox models."

“What excites me in this new role is that we have plenty of good cards in hand," Liu said. By working with our partners, we “have the opportunity to help define the industry standards that will most likely be followed by other companies, which will put us one step ahead of the competition."

The Arcfox αT will retail for between 250,000 yuan ($37,360) and 300,000 yuan and be followed by another two models next year, Liu said. He expects total sales of new energy vehicles in China, the world’s largest EV market for five consecutive years, to rise by as much as 30% next year.

That price point puts it squarely up against Tesla’s Model 3 sedan. The mass-market Model 3 will sell for 249,900 yuan after government subsidies following a price cut this month.

“Tesla is like a role model showing us that electric carmakers can gain clients from Benz, BMW and Audi," said Liu. “Tesla has knocked a small slit in a wall that sets gasoline and electric cars apart. As more companies hit on the wall, the rift will enlarge, and eventually, the wall comes down."