While Tesla continues to dominate the electric vehicle market in China, Nio also faces competition from homegrown rivals such as Xpeng Inc.
By :
| Updated on: 02 Mar 2021, 09:29 AM 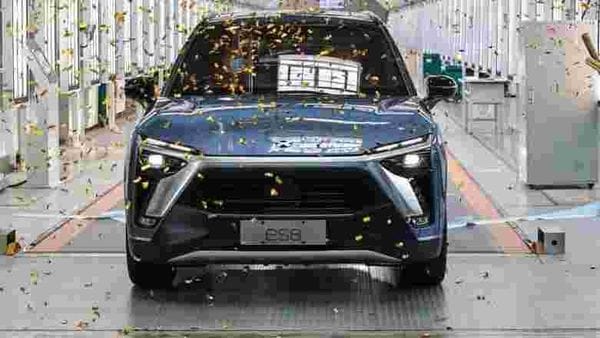 China's Nio Inc on Monday forecast slowing growth for its electric vehicle deliveries in its current quarter, as the automaker ships higher volumes, sending its shares down 7% in extended trading.

Nio has emerged as a strong challenger to Tesla in China after it received government funding worth $1 billion last year that pulled it from the brink of bankruptcy and helped soothe cash woes as it struggled with recalls and falling sales.

While Tesla continues to dominate the electric vehicle market in China, Nio also faces competition from homegrown rivals such as Xpeng Inc, which in January secured a credit line of 12.8 billion yuan ($1.98 billion) from Chinese banks.

Nio, which makes ES8 and ES6 electric sport-utility vehicles, said it expects deliveries of 20,000 to 20,500 vehicles in the first quarter, compared with 17,353 vehicles in the fourth quarter.

This sequential increase of about 15% to 18% is, however, lower than the 42% rise in deliveries it had reported in the fourth quarter.

The company also said its deliveries slowed to 5,578 vehicles in February, from 7,225 vehicles in January, at a time when China's factory activity expanded at the slowest pace in nine months on weak overseas demand and coronavirus flare-ups.

Nio's U.S.-listed shares soared over 10 times last year, with its market capitalization overtaking that of Detroit automakers Ford and General Motors, as China led the global automobile industry's recovery from the pandemic. But, up to Monday's close, its stock is up only 2% this year.