A government-backed agency in China has reportedly managed to build a mechanism by which data transmission using communication devices can be monitored in a vehicle during tests.China is concerned high-tech cars in the country, especially those of foreign brands, may transmit data to foreign soil.
By : HT Auto Desk
| Updated on: 14 Sep 2021, 19:32 PM 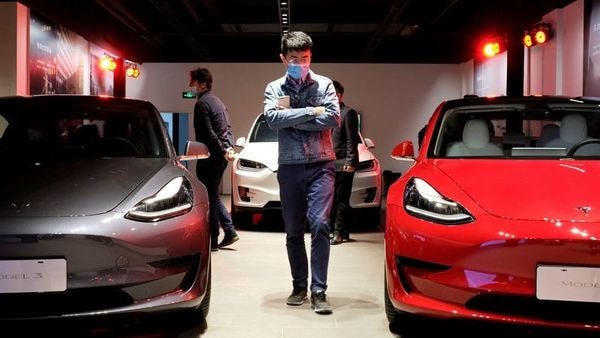 China's concerns about cars and the technologies inside these possibly transmitting sensitive data abroad have been well established. Such is the degree of worry that authorities are reportedly developing special machines which will monitor and track data being sent in such a way.

Reuters reported, referring to a statement issued by a government-backed agency called China Automotive Engineering Research Institute Co Ltd (CAERI), that it has managed to build a mechanism by which data transmission using communication devices can be monitored in a vehicle during tests. The agency further claimed that it is a one-of-a-kind machine and that it has already been praised by government authorities.

Further to this, a number of cars from foreign manufacturers like Tesla, Audi, Daimler Mercedes-Benz and Land Rover have been tested.

A number of officials in the Chinese government have raised alarms of high-tech vehicles, especially those manufactured by foreign companies, of possibly transmitting sensitive data to foreign shores. An official of the information technology ministry had stated just earlier this month that such cars - fitted with cameras, sensors, radar and other such devices - are  a massive security threat. (Read more here)

In May, two government bodies had reportedly banned Tesla vehicles from entering government compounds. Owners of such vehicles had been told to park these at a distance. This is learnt to have been a verbal diktat. (Read more here)

Both Tesla as well as CEO Elon Musk have played down such concerns. Musk had said all data collected by Tesla vehicles in the country are stored within the country itself. The company would later give in to pressure and agree to share car data with owners.

In August, China came up with a new draft rule on security of the information. The country's cyberspace regulator wants processors of auto data to reduce any "disorderly" collection of data. The new draft rule clearly says that car companies should seek customers' agreement before they process and collect data, strengthen data protection and store locally generated key data within the country.