Tesla gives in to pressure, decides to share car data with owners in China

The decision comes weeks after protest by a Tesla owner in China during an auto show put the carmaker on the backfoot.Chinese authorities had raised concerns that cameras inside Tesla cars could also be used for spying.
By : HT Auto Desk
| Updated on: 06 May 2021, 02:30 PM 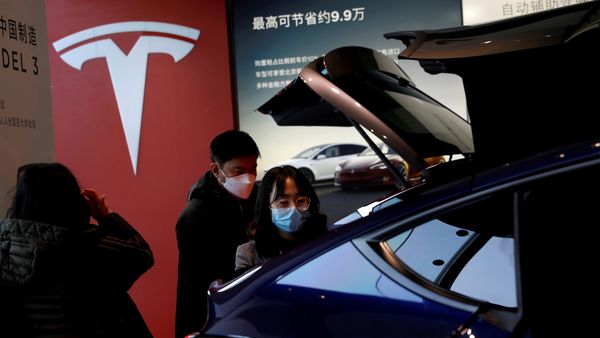 Last few weeks have not been pleasant for Tesla in China after protests against the US-based EV maker over several issues. First, a protest by a customer at an auto event, then scrutinies by Chinese authorities over its safety and customer service complaints, all contributed to big change in Tesla's stance.

The carmaker has decided to develop a database that Tesla owners will be able to use to access data generated by their electric cars. This is the first time any carmaker has announced that it will allow its customers to access car data in China.

According to reports, a California-based tech company will develop the database and is expected to be made available by the end of this year. However, it did not clarify what sort of data will be made accessible to the Tesla owners in China.

China is the biggest market for Tesla's electric vehicles. It manufactures EVs like Model 3 sedans and Model Y SUVs at Shanghai gigafactory, its only functional facility outside home base.

Tesla has been facing heat in China after a protest by one of its customers during the Shanghai Auto Show last month, which went viral. The woman complained about her Tesla Model 3 developing brake-related issues. She claimed that it almost killed her father who crashed it due to the problem. Elon Musk's company had initially dismissed the allegations, but had to share the crash data with the disgruntled customer later.

More than such customer service complaints, Tesla has been facing a larger security related issue in China. The authorities feel that cameras installed inside a Tesla car may be used to spy. Chinese authorities have raised demands for new regulations to ensure data collected by intelligent cars to be stored in the country. A draft regulation in this regard proposes any information collected from a car's external cameras, such as location data or images of buildings or roads, should be stored in China.

Recently, Tesla's electric vehicles were banned to enter any Chinese military installations in March. The ban was implemented based out of concerns that sensors and cameras in a Tesla car can potentially collect sensitive data.