China suspects Tesla cars with on-board cams may be used for spying. Tesla has underlined it is committed to meeting local laws and regulations.A Chinese woman protested against company for faulty brakes in her Tesla.Several accidents involving Tesla cars have brought bad press.
By : HT Auto Desk
| Written By : Shubhodeep Chakravarty
| Updated on: 21 Apr 2021, 11:04 AM 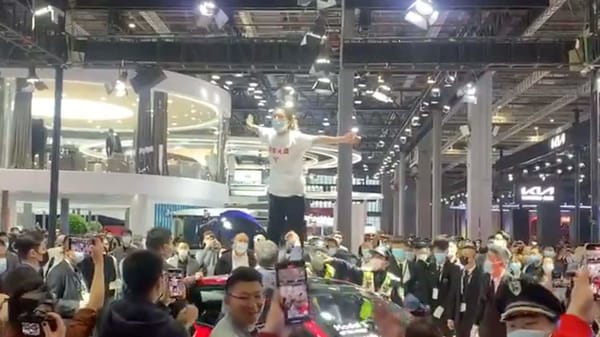 Screengrab from the video which shows a woman on top of a Tesla Model 3 at the Shanghai Auto Show. (Photo courtesy: Twitter/globaltimesnews)

Tesla and China have had a close and intense relationship ever since the American EV maker began exporting units to the country in 2014. That Shanghai became home to the first Tesla plant outside of the US was much like putting a ring on it. And while China remains a massive market for Tesla - sales doubled in 2020, and the Chinese continue to favour products like Model 3 and Model Y, recent times have seen some degree of friction in this otherwise fairy-tale of an affair.

Cracking the Chinese market isn't easy. Cracking the Chinese market, however, is often absolutely necessary to have a bigger say in the global automotive sector. It is the world's largest automotive market and for many companies, sales here form a large part of global sales figures. With nearly zero marketing expense, Tesla has managed to find takers by the dozen for its EVs here and local manufacturing - coupled with subsidies offered by the government here - has made Tesla cars a popular sight.

But with great popularity may come great suspicions.

Authorities recently warned Tesla owners to park their EVs away from military compounds and housing complexes on the basis of suspicion that the on-board cameras on such vehicles may pray on sensitive data. The on-board cameras are fitted to help Tesla EVs perform functions such as guided parking, autopilot assist and self-driving. 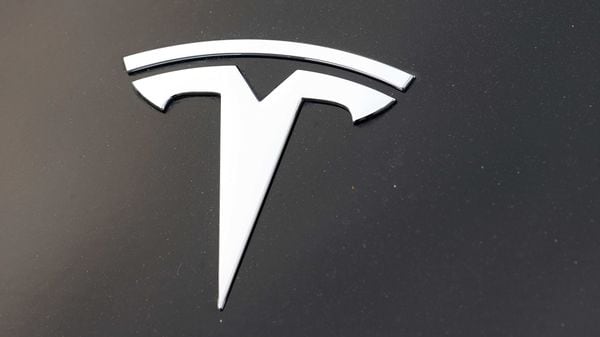 Tesla CEO Elon Musk clarified that these cameras aren't used for spying. “If a commercial company did engage in spying, the negative effects to that company would be extremely bad," he had said, adding that the company would be shut down everywhere if it did actually indulge in spying anywhere. (Read full report here)

Tesla China's head of communications and government affairs also came out to re-affirm that the company abides by all rules, regulations and laws. "Tesla China is a company that’s based here and must abide by all Chinese laws and regulations," said Grace Tao. "In fact, our data will be very well protected. Chinese data will be stored in China." (Detailed report here)

No sooner were suspicions of possible spying fading that a new storm emerged at Shanghai Auto Show where a woman climbed on a Tesla car to protest against what she claims are faulty brakes in her EV. "Videos of her protest went viral on social media as she shouted "Tesla brake lost control" while visitors and organizers stood watching her. (Watch video here)

Tesla China released a statement on the incident which is believed to have infuriated many on Chinese social media platforms. The company stated that while 'it acknowledges sensible criticism' that 'it won't compromise to meet unreasonable claims.' The ensuing backlash forced the company to apologize late Tuesday night for not addressing the specific complaint of the woman who had protested.

Tesla cars have also been involved in numerous accidents in China and its AutoPilot features are believed to be at fault although matters are under investigation. All of these, therefore, point to the perception that there is clearly trouble in paradise.

But it isn't as if Tesla's sales are going to be dealt a big blow in China and the country - and its market - will likely remain a key focus area for both Tesla and Musk. Analysts say that the California-based company has to adopt a more localized approach and that a 'one patch for all wounds' isn't likely to help matters even if the company keeps selling cars by the truckloads.