NHAI recently carried out a survey, the first of its kind, which ranked national highways based on their efficiency, safety and services.
By : HT Auto Desk
| Updated on: 05 Mar 2021, 02:43 PM 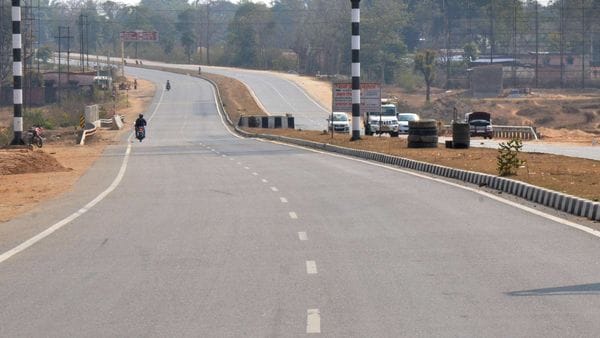 NHAI lists best highways in India in a first of its kind survey. (Image for representational purpose)

National Highways Authority of India (NHAI) has made public a survey of national highways across India and shared a list of them ranked as some of the best in the country.

The survey covered 219 national highways across India, covering 18,668 kilometres. Such studies are done on a regular basis around the world. However, this is the first time that India has undertaken this initiative to study the national highways.

The study took aspects like efficiency, safety and user services into consideration before ranking the highways. According to the Ministry of Road, Transport and Highways officials, such studies will now be undertaken every six months and will help maintain standards in line with best practices globally.

A report published by the agency read, "The rating exercise of highway corridors will provide an assessment of current status of level of services on the national highway stretches. This exercise will help in identifying the gaps in design, standards, practices, guidelines and contract agreements. Filling those gaps will ensure improved user experience and improved quality of highways."

The study concluded that a 102-kms stretch between Ahmedabad and Vadodara on NH48 as the best among the 219 highways surveyed. The 6-lane national highway, which connects two metros - Delhi and Chennai - got an overall score of 91.81 out of 100.

In second place is a 141-km long stretch between Goa, Karnataka to Kundapur section of NH-66. A 93 km long four-lane stretch of NE-1, linking Ahmedabad-Vadodara, is placed third on the list. All top three highway stretches have been developed by IRB Infrastructure Developers.

In fourth place is a 42-km long stretch between Simga and Sargon on NH-130. This part of the highway was developed by Larsen & Toubro. In fifth place is 98 km long Solapur-Yedeshi section of NH-211. The 148-km long NH-48 stretch between Krishnagiri and Walajahpet has been ranked as India’s sixth-best highway stretch while the 87.1 km long NH47 connecting Godhra and Gujarat/Madhya Pradesh border ranked seventh.