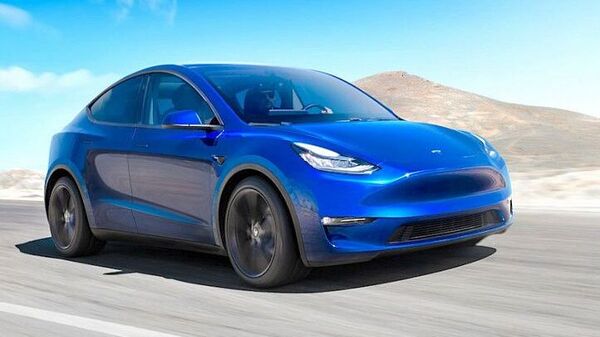 (Also Read: Tesla may build a second Gigafactory in Asia along with a battery plant: Report)

The news comes at a time when Tesla has started delivery of its Model Y electric crossovers produced at the Giga Texas with the auto manufacturer's proprietary 4680 battery cells and structural pack. The structural battery pack means it comes as a part of the actual vehicle structure. This simplifies the overall manufacturing process, much like the automaker's Giga Press diecasting process. The automaker also said that the 4680 cells come providing multiple advantages over Tesla's 18650 and 2170 cells.

Tesla Model Y crossover comes as the second bestselling electric vehicle from the automaker, after the Tesla Model 3 compact sedan. Besides the Giga Texas, the Tesla Model Y is also produced at the Giga Berlin and Giga Shanghai manufacturing facilities of the automaker. Besides being sold in Germany and China from these plants, Tesla also ships the Model Y crossover to a wider region as well. The ability to replace the structural battery pack from the Tesla Model Y would mean that owners of these electric cars will be able to use them for a longer period, even if the battery requires to be replaced.