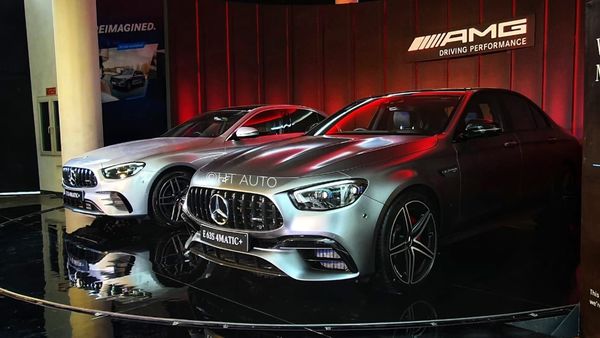 Several Mercedes AMG cars won't be sold in the US market for 2022 model year.

It seems supply chain issues are hurting the German luxury car brand Mercedes-Benz intensely. The automaker is likely to stop selling its high-performance AMG models in the US market for the 2022 model year, as Motor1 reports.

Also Read: Mercedes scales up its pre-owned car business in India. Here's how

The report says that nearly all V8 engine powered Mercedes-Benz cars have been impacted due to supply chain issues. The duration of pause selling V8 engine powered models in the US market is not clear yet. But, expect it to be a temporary move.

The automaker has already confirmed that it will downsize the AMG C63's engine to a four-cylinder hybrid powertrain in the coming year. This step is in line with the automaker's strategy to electrify its fleet of vehicles in an attempt to become a carbon-neutral car brand.

The supply chain issues such as the semiconductor crisis have hit the global auto industry hard. In the last few months, there have been several reports of car delivery being delayed because of chip crisis or cars being sent to dealerships without infotainment systems because of the non-availability of microchips.

Microchips are used extensively in modern cars, not just for the infotainment system, but for controlling the ICU of the car's powertrain system and other safety technologies as well. That's why the scarcity of microchips are impacting automobile production significantly.