Inspiration for Jarama's name was driven from north of Madrid which gained a reputation for breeding fighting bulls.Jarama was based on the previous Lamborghini 400 GT and Islero concepts.
By : Prashant Singh
| Updated on: 11 Nov 2020, 09:35 PM 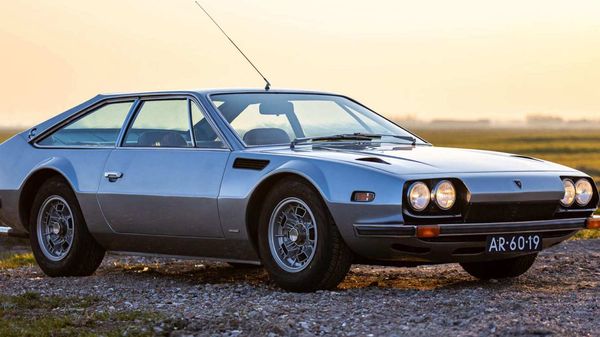 First showcased at the Geneva Motor Show in March 1970, the Lamborghini Jarama GT has turned 50 years old this year.

Inspiration for its name 'Jarama' was driven from north of Madrid which gained a reputation for breeding fighting bulls. It was the latest evolution of the Lamborghini’s 2+2 grand touring sedan concept which featured a V12-cylinder, 4-liter front-mounted engine. The powertrain featured six double-body Weber 40 DCOE carburetors. It pushed the car to a top speed of 260 km/h (161 mph) and delivered a ground shaking 350 hp of power.

The Jarama was based on the previous 400 GT and Islero, it came with the same mechanical layout but the outer shell, or silhouette was designed by the master designer of the time, Marcello Gandini for Carrozzeria Bertone.

While it was based on the previous known concepts (400 GT and Islero) by Lamborghini, the company decided to go with a renewed chassis and a more effective braking system sporting four large discs. The front discs came ventilated and had track width widened by 10 cm to 1,490 mm (58.7 in). It rolled on 15" Campagnolo magnesium wheels.

Only 328 units of Lamborghini Jarama were produced in the company's history. And the car made its name not only for its beauty – which is still fresh over the last 50 years – but also for its last front-engined grand tourer proposition by the Italian luxury carmaker. From thereafter, Lamborghini cars would only have the rear mid-engine layout (except for the Super SUVs LM 002 and Urus).