Image of 2021 Ford Bronco SUV, Jeep Wrangler’s rival in US, leaked before launch 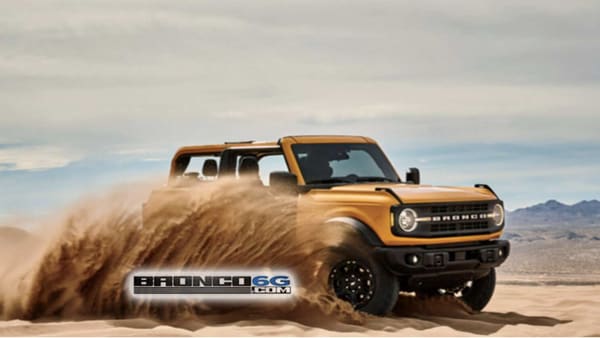 The new generation of the Ford Bronco SUV will be unveiled later today. The company has already released several teasers, keeping the Bronco fans guessing about the modern look of the iconic SUV in the United States. But ahead of the launch, a leaked image gives the clearest look at the upcoming Jeep Wrangler rival.

The image, leaked by a forum on internet, shows the new Bronco kicking up dust, with its front face clearly visible and giving a complete idea how the Bronco has transformed.

The new-look headlamp and the grille are obviously the key highlights of the new Bronco. While it retains some of the retro elements as far as the design is concerned, the boxy-looking SUV gets enough changes to be a Bronco to look forward to.

The new Bronco SUV will be available in two-door and four-door trims. Both variants will have removable roofs and doors. The SUV will be unveiled later today through a digital premier.