Audi A4 stolen from the dealership with passenger sleeping inside 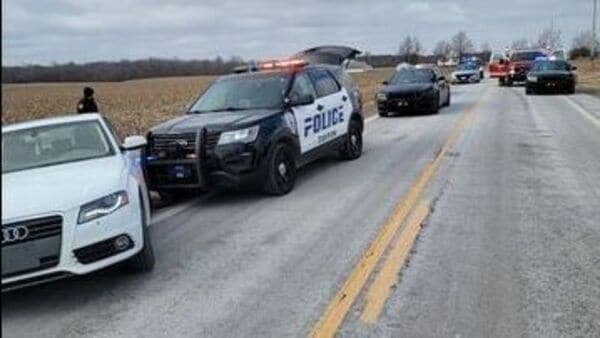 The stolen Audi was recovered after a long chase by the police officials. (Image: Facebook/Tiffin Police Department)

A 2012 Audi A4 in Findlay city of United States was reportedly stolen by a thief with a passenger inside the vehicle. Findlay Police Department reports that the incident took place on Saturday.

The police have said that Kharisma Guajardo and Raylon Scott brought the 2012 Audi A4 luxury sedan to a dealership to trade it in. While 19-year-old Scott was sleeping in the car, 32-year-old Justin Vaughn climbed into the driver’s seat and drove away.

The theft was quickly discovered and Guajardo was able to track the vehicle and give police real-time updates. While all this was going on, Scott woke up and started texting Guajardo with the car’s location as well as details about Vaughn’s threatening behaviours.

The local police department was notified about the theft and police officers spotted the vehicle soon. Despite the police officers attempting to stop the Audi A4, the thief failed to comply, resulting in a pursuit. The chase eventually ended when police officers performed a slow speed vehicle termination manoeuvre.

The car thief was reportedly taken into custody and has been charged with an assortment of offences that include aggravated robbery, kidnapping, and motor vehicle theft. He was also charged with fleeing and eluding police. The passenger inside the car who was sleeping during the theft received minor injuries during the entire incident.

Car theft from vehicle dealerships is nothing new and are considered one of the major concerns for the police departments and vehicle dealers. However, this was a unique incident when a desperate car thief stole a car with a passenger inside it.