The latest Audi A8 will continue to sit dominant in the lineup of luxury sedans offered by the Germans, taking on the likes of the Mercedes S-Class and BMW 7 Series.
By : HT Auto Desk
| Updated on: 18 Apr 2022, 11:52 AM 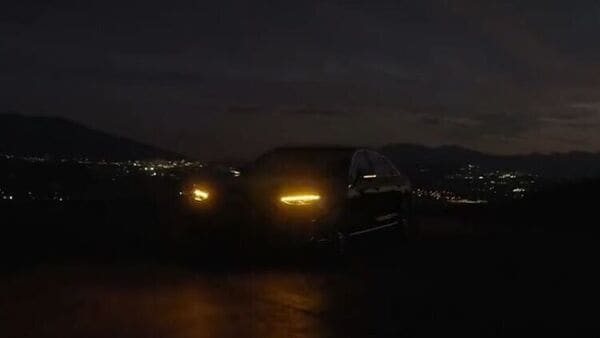 Screengrab taken from video posted on Twitter by @AudiIN

Audi A8 2022 is now confirmed for an India launch with the company releasing a teaser video of the imposing sedan on its social media handles on Monday. The latest A8 from Audi will seek to further bolster the sedan portfolio of the company which currently includes models such as the A4 and A6, and will renew its battle against the updated Mercedes S-Class and BMW 7-Series. The A8 will be imported as a completely built unit. Bookings for the car is expected to open in a few days.

The facelift Audi A8 was showcased to the world in November of last year. The 2022 Audi A8 gets a bold design that grabs attention at the very first glance and gives the sedan a strong road presence. The facelifted version is available in four new metallics and five new matte shades, says Audi. The company plans to open bookings for the new A8 long-wheelbase sedan in the coming days, with the launch expected to follow in the next few weeks.

Speaking about the luxury sedan's visual appearance, the 2022 Audi A8's front fascia gets a completely redesigned front grille that is wider and incorporates bolder mesh. The air intakes at the edges of the bumper are positioned in a slightly angular manner. Audi has added S8 inspired blades in the side intakes of the new S Line package of the car. Also, optional chrome and black exterior packages are there adding more style.

It gets Audi’s Digital Matrix LED headlights that incorporate around 1.3 million micro-mirrors to split the light into individual pixels, similar to a digital projector. Audi claims that this technology allows the sedan to emit a carpet of light into the driver’s lane only. Moving to the rear, it gets digital OLED brake lights as standard, with proximity sensors that activate them if another car comes within two metres.

Inside the cabin, the 2022 Audi A8 comes with a similar appearance to the pre-facelift model through its layout and design. Audi claims the car has received an updated infotainment system with the latest MIB 3 software. The dual 10.1-inch infotainment screens on the rear seats along with a touchscreen remote in the centre armrest to control them increase its luxurious appeal further. Other features include a cooler with a bar compartment, a fold-out centre console table and a perfume function as well.

The 2022 Audi A8 comes with an unchanged engine lineup. There is a 3.0 TFSI petrol engine churning out 340 hp of power and a 3.0-litre TDI six-cylinder diesel motor producing 286 hp of power. All engines are paired with to an eight-speed Tiptronic automatic gearbox and Audi’s Quattro all-wheel-drive system.

Audi has already confirmed that the A8 will not have a full-electric variant, with the flagship sedan slated to be replaced by the production version of the Audi Grandsphere concept.

Speaking about the car, Balbir Singh Dhillon, Audi India Head said that the new A8 long wheelbase is the brand's flagship car and it is a very significant car in the company's portfolio. "For every manufacturer in the luxury space, we always tend to bring the best piece of our products in it (flagship models). For us as well, this falls in that same bracket where we're trying to give the best luxury experience to our customers through the A8 sedan," he said.

He further said that the A8 is the one car that Audi is bringing as a long-wheelbase in India, equipped with high-end technology and a host of options, luxury space and better drivability.