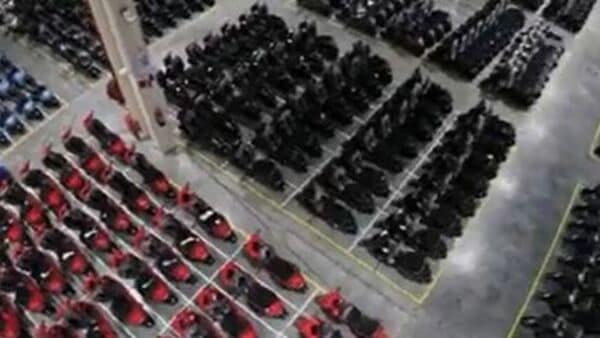 Screengrab from video posted on Twitter by Bhavish Aggarwal.

Ola Electric CEO Bhavish Aggarwal took to Twitter on Friday to inform that customers who had already paid ₹20,000, the final payment window for them will open on January 21 from 6 pm on the Ola app. He also extended Lohri, Sankranti and Pongal greetings with the tweet.

(Also Read: The wait for cruise control, hill hold in Ola Electric scooters may get longer)

We’re celebrating with our own harvest 🌾🛵 😎

Ola Electric had opened pre-launch bookings of its electric scooters in July 2021 for ₹499 and had received 1 lakh orders in just 24 hours. The delivery of this electric scooter was delayed despite the schedule being set for the delivery. After being under pressure from customers for delays in delivery, the company stated deliveries of the e-scooter on December 16 last year. The first 100 scooters were delivered to customers in Chennai and Bengaluru.

Ola Electric's S1 and S1 Pro electric scooters are being manufactured at the company's plant that has been set up on a 500-acre site in the Krishnagiri district of Tamil Nadu. The factory will have a capacity to manufacture 2 million e-scooters during its initial phase and up to 10 million units in the future. Last week, Ola CEO said that the factory is producing almost 1000 scooter every day.