The wait for cruise control, hill hold in Ola Electric scooters may get longer

Ola Electric scooters already delivered to customers are reportedly missing some of the key features that the company had promised earlier. The EV maker has clarified that these features will be added in the next few months.
By : HT Auto Desk
| Updated on: 09 Jan 2022, 10:18 AM 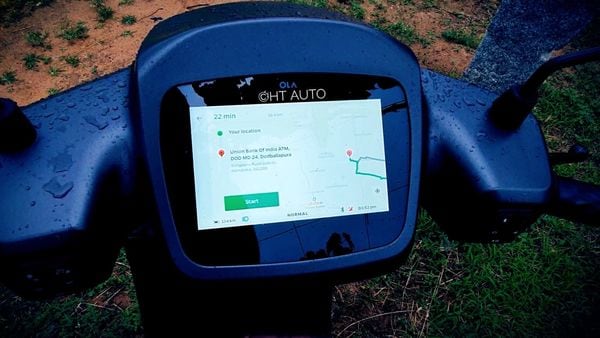 Ola Electric will add several missing features like cruise control hill hold and navigation through OTA updates in the next few months.

Ola Electric S1 and S1 Pro scooters will get its first of OTA software updates soon. The EV maker recently clarified that the software updates may take another three to six months to reach the customers.

Varun Dubey, Chief Marketing Officer at Ola Electric, recently said during an interview that the company wants its customers to ride its electric scooters while getting missing features added as time passes, as well as new ones in the future.

“So features like cruise control, hill hold, navigation etc. are coming up in the next few months by June. That is what we are going to deliver and it is not just about those features. As consumers continue to use the scooter and live with the scooter, we will learn and we will keep adding more and more features which consumers will continue to get," Dubey said.

Dubey faced questions over some of its customers complaining about not getting all the features Ola promised in its scooters after delivery started earlier last month. When HT Auto test rode the S1 Pro electric scooter back in November last year, Ola had assured that software in the scooters to be delivered to customers will not have a beta version. However, the company had also said that some of the features may not be added in the first lot and that they will be added subsequently in OTA software updates.

“For us, the scooter is as much of a software platform as it is a hardware platform and even in September when we had opened up the windows and done the media test rides, we had explained it clearly that the software is going to come in stages and we are going to release these as important software updates over several months in 2022." Dubey said during the interview.

On Friday, Ola Electric had come out to clarify several queries from the industry as well as customers amid criticism. The company drew flak after government portals showed less than 500 scooters delivered against Ola’s claim of 4,000 units. The company also clarified confusion over the ARAI range and the true range of its S1 and S1 Pro electric scooters.