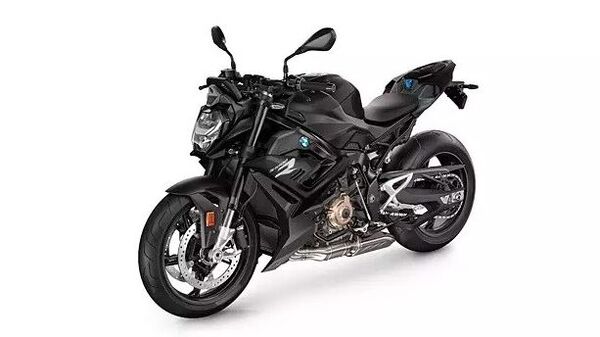 BMW Motorrad has rolled out the updated version of the 2023 S1000R for the global markets. As part of the yearly update, the motorcycle has received some minor tech feature updates, along with revised colour options.

For 2023, the motorcycle has received an RDC or tire pressure monitoring system which shows real-time pressure to the user. This feature is usually found in cars and is now slowly making way in two-wheelers as well. Apart from this, the 2023 model now also comes with the ability to turn off the self-canceling indicators. Also, visually what sets it apart from the last year's model is the use of a new paint scheme. The standard model now gets Blackstorm Metallic which incorporates an entirely blacked-out look with white lettering on the tank shrouds. This option comes out as a direct replacement for the Racing Red which has now been shelved. In addition to this, the Style Sport package on the bike is now offered in Bluestone Metallic with Black Storm.

At the heart of the bike sits a Euro 5/BS 6-compliant 999cc, inline-four cylinder, liquid-cooled engine. This unit delivers 165bhp of maximum power at 11,000 rpm and 114Nm of peak torque at 9,250rpm. The engine comes paired to a six-speed gearbox.

Save for these updates, the rest of the details on the motorcycle remains unchanged. The bike has gone on sale in the international markets, however, it is yet to be announced for India. Meanwhile, BMW Motorrad India is currently planning to announce the launch of the TVS Apache-based G 310 RR which is scheduled for July 15.