A three-wheeled maxi scooter, Peugeot Metropolis has striking looks and has ambitions of being an urban commuting option.
By : HT Auto Desk
| Updated on: 09 Sep 2020, 11:53 AM 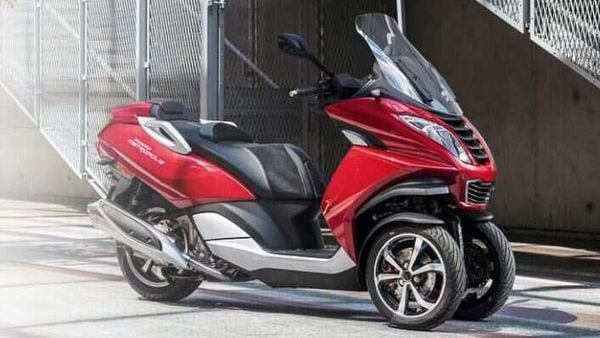 A three-wheeled maxi scooter, the Metropolis has striking looks and has ambitions of being an urban commuting option. Powered by a 339cc four-stroke, liquid-cooled, single-cylinder engine, the scooter offers 35 hp of max power and has 38 Nm of torque. Sitting on 12-inch wheels, the Metropolis weighs around 256 kilos and has ABS as a standard safety feature.

The three-wheeled scooter space in global markets is small but rather competitive. Peugeot Motorcycles has been eyeing this space for some time now and now puts up Metropolis against the likes of Yamaha Tricity 300. While it is not yet known if the Metropolis will be brought to Indian shores, Anand Mahindra is quite upbeat about its prospects. "The new #PeugeotMetropolis Launched yesterday in Paris by #PeugeotMotocycles. A @MahindraRise company....The Lion roars...,"he tweeted.