Sebastian Vettel is lightning quick on the F1 track but feels speed is best tested to its max on tracks and not on German autobahn
By : HT Auto Desk
| Updated on: 11 Oct 2021, 11:25 AM 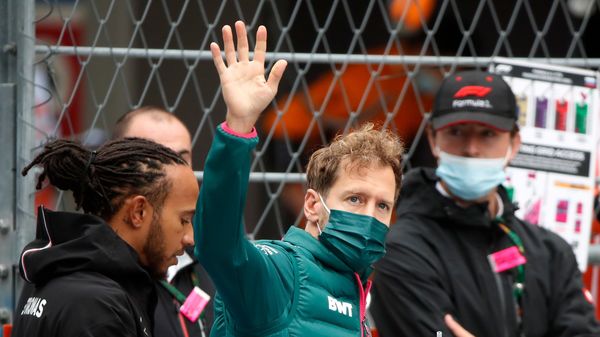 German autobahn have been famous the world over for having absolutely no speed limit and allowing man and machine to combine in a pure homage to speed. A large part of the autobahn was constructed during the Nazi regime in the country with the stated objective of fast-tracking the economy in the 1930s. In the decades that followed, a number of rules did come into effect which sought to moderate speeds of some vehicle categories but the autobahn is still a network of highways that allows for the absolute limits of a vehicle can be tested, enjoyed and pushed to. But German F1 racer and four-time champion Sebastian Vettel recently said that it may be time to impose speed limits here. 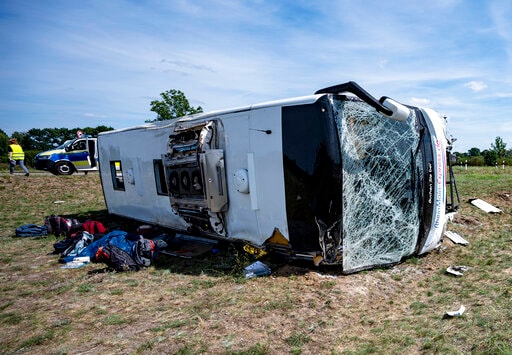 File photo: A crashed bus lies on the side in Schoenwald near Berlin. The accident took place on Autobahn 13. (AP)

It may seem strange that someone who is known the world over for his mastery over speed on an F1 track believes autobahn needs speed limit but there are reasons Vettel outlines. According to German outlet Auto Motor Sport, Vettel is more inclined towards safety when on the move rather than the freedom that high-speed driving may bring with it. “I don't suddenly feel unfree when I travel to other countries such as Turkey, the USA or Great Britain and drive there," he reportedly said. “It is not a question It's about a freedom, but only about something that people have gotten used to. At some point the speed limit will come anyway - whether it is now or in a few years. I have no problem with free driving disappearing. Whoever steps on the gas wants to do it where it is safe. In this case, that would be the race track. You can test your limits there without endangering others."

Vettel also points to how certain speed restrictions could be better for the environment. “You have to look at the big picture. A speed limit would save almost two million tons of CO2 emissions. There are accidents in Germany that only happen because we don't have a speed limit. If you only save the life of one person, that's a no-brainer for me," he was quoted as saying.