Tesla exec comments on Ford Supercharger, calls it a knock-off of Tesla design 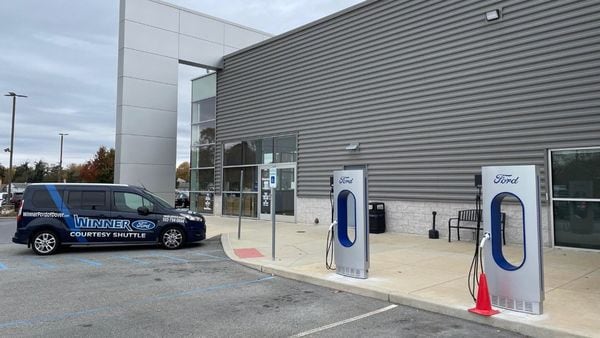 Ford Superchargers at the carmaker's dealerships in Dover, Delaware

Ford's newly installed Supercharging stalls at its dealership in Delaware, US have raised some controversy about their design. Though Ford mostly depends on general public charging infrastructure for its vehicles, this seems to either be an experiment or a one-off project but it's design is definitely being questioned.

And by fancy you mean disingenuous, unnecessarily large, poorly executed knock-off of our design

Another Twitter user called the Ford Superchargers 'dishonest' and a rip-off of Tesla design. “But even beyond that, it’s not even a DC Fast Charger with CCS Ports. With a J1772 port you get Level 2 AC charging at up to 19kW. That speed doesn’t require ventilation like we see here," the user wrote.

Whether Tesla will officially take an action on the design controversy or will it just ignore the incident as hilarious, only time will tell. Ford is not building a large-scale charging infrastructure at the moment but if it does, will it use the same design? Again, only time will tell.

What is certain is that Ford is putting in efforts to transition towards an electric vehicle company with an aim to build 600,000 BEVs per year by the end of 2023.